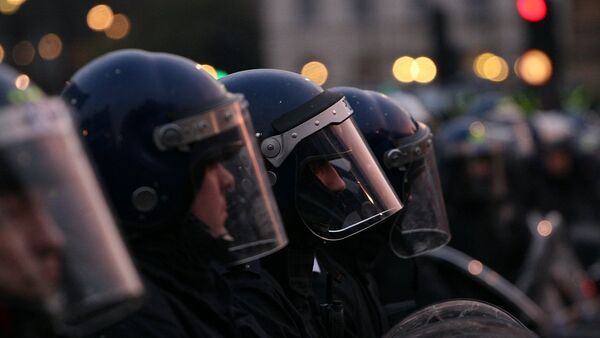 US President Donald Trump’s upcoming state visit to the UK later this week is to be met with largescale protests across Britain, causing concern for law enforcement agencies.

Numerous police chiefs warned that Trump’s three-day visit could leave some areas vulnerable to crime, as local police forces shift forces outside of their primary areas of operation to deal with the planned protests, The Guardian reported on Monday.

“The more we send there, the less we have for our areas. With the hot weather, if anything kicks off, we are struggling. They cut the officers in the urban areas and now they need them,” an unnamed police chief told The Guardian today.

Carnival of Resistance: Brits to Protest Trump's UK Visit, POTUS to Avoid London
The Police Federation admitted that Trump’s visit would put “unquestionable pressure” on police forces throughout the UK.

The concerted policing effort is being coordinated by the National Police Coordination Centre (NPoCC), and many forces were reluctant to allocate officers to bolster security in the capital during Trump’s visit as they felt the manpower requests were too demanding and unrealistic.

Police chiefs were reportedly successful in negotiating a compromise, with the NPoCC initially requesting 6,000 additional officers, but ultimately settling for 4,000 to provide assistance in managing the anti-Trump protests and security threats.

A chief constable described the level of resources allocated to Trump’s trip – his first official visit to the UK as president – as if “London was burning down.”

In addition to standard unarmed patrols, a large contingent of riot police, armed units and dog handlers will be tasked with maintaining order in London.

Police chiefs are especially angry at the government’s request for police forces to temporarily deploy officers to London as they opted to slash manpower, shedding some 20,000 constables, in the name of austerity, and are now relying on other forces, compromising the security of the areas which they are tasked to serve.

“There is concern nationally about how we will keep the show on the road. These are eye-watering numbers. It’s a bit rich for the government to demand this when all they’ve done is cut our numbers since 2010,” another chief constable told The Guardian.

Scientists Accuse Donald Trump of Putting UK 'National Security at Risk'
During his state visit, President Trump will meet UK Prime Minister Theresa May, the Queen, and the US Ambassador to the UK Woody Johnson.

Protests are scheduled to take place at several parts of London, including Regents Park, in addition to a number of rallies outside the capital, as Brits look to express their opposition to Trump’s controversial policies.