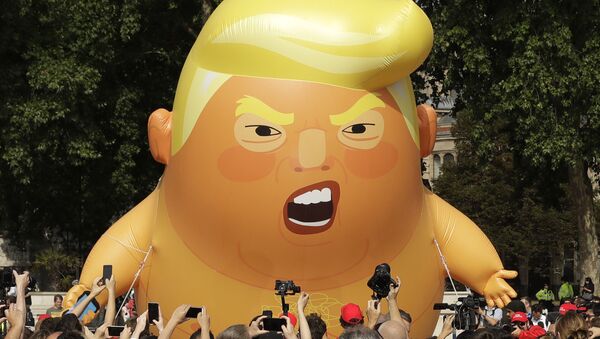 © AP Photo / Matt Dunham
Subscribe
Downing Street announced last month that US President Donald Trump will arrive in London for a three-day visit in June to coincide with the 75th D-Day commemorations.

President Trump is expected to meet Nigel Farage, the former UKIP leader who the US leader has described as "Mr Brexit", and former Foreign Secretary Boris Johnson during next month's state visit, according to Breitbart.

Farage was prominent as a cheerleader for Trump during his 2016 election campaign and the pair both see themselves as battling against the establishment.

Trump is believed to call Farage more than UK Prime Minister Theresa May when he wants to know how the Brexit negotiations are going and what is going on in Europe.

I wouldn’t totally rule out @Nigel_Farage meeting the @realDonaldTrump when the President visits the U.K. on his upcoming State visit…that’ll send the left apoplectic…

​The US leader, whose visit is likely to be highly controversial, is also set to meet Boris Johnson, the Conservative MP for Uxbridge and South Ruislip, who is thought to be Trump's preference for Conservative Party leader as and when May is finally forced out.

Johnson, who was born in New York, has courted the support of the White House and the pair are likely to discuss the possibility of a UK-US trade deal post Brexit. 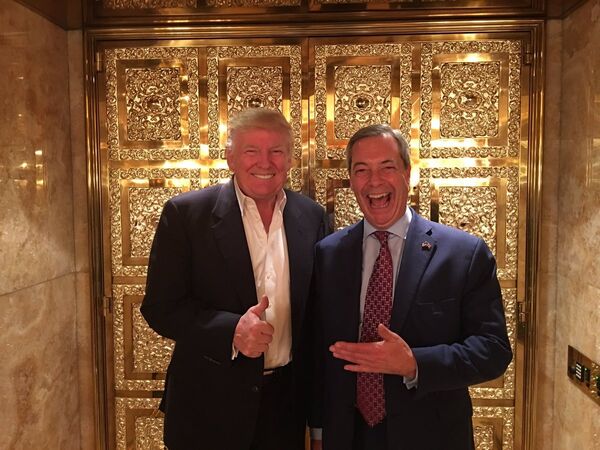 Trump has offered a good trade deal for the UK when it finally leaves the EU, but there have been fears it would involve agreeing to accept US food standards on imports such as chlorinated chicken.

Trump has called Johnson a "friend" and said he would make a "great prime minister."

Rumour has it Farage is going to meet Trump quietly at Turnberry. Has there ever been a more toxic combination present on Scottish soil?

​The leader of the opposition Labour Party, Jeremy Corbyn, and the speaker of the British Parliament, John Bercow, have both refused an invitation to a state banquet for Trump, which will be hosted by the Queen.

Several UK newspapers have highlighted the fact Mr Corbyn was willing to meet Sinn Fein leaders during The Troubles in Northern Ireland and also advocated talks with Hamas, but was unwilling to be in the same room as the elected President of the United States.