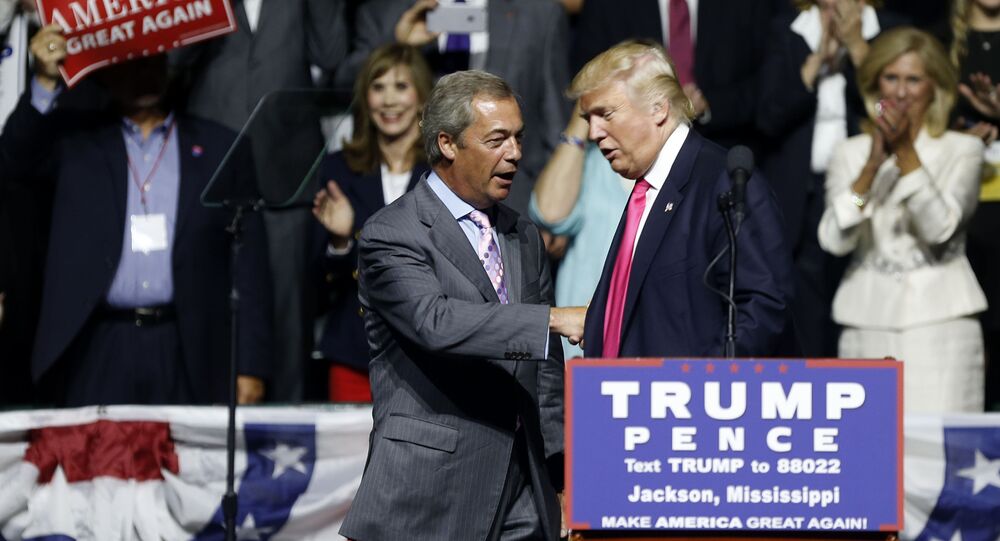 In their latest chat, according to Mr. Farage, the two politicians have praised the concept of a nation state over "supranational structures", such as the European Union, that Britain is set to leave in less than two weeks.

Former UK Independence Party leader and Brexit spearhead Nigel Farage attended and spoke at the annual Conservative Political Action Conference (CPAC) in the US, on 1 March.

During the conference, Farage met with Donald Trump and reportedly discussed Brexit negotiations with the US President.

"I was talking to him about Vietnam, where he had said that a bad deal was on the table so sometimes you have to walk. That was the exact quote from Trump," Farage said.

According to Farage, he told Mr. Trump that "in the case of Vietnam that no deal was better than a bad deal" and added "that the same principle applied to Brexit."

In turn, the US president said that his administration "firmly believes in the nation state" as opposed to "supranational structures" like the European Union.

"This American administration firmly believes in the nation state, not supranational structures and this administration are hugely keen on the defence, security and indeed business relationships that exist between our two countries. And I think it's fair to say they see Brexit as a great opportunity," Mr. Trump said.

Farage is a vocal supporter of the US President, having previously claimed he backed Donald Trump's trade protectionist strategies, among other policies.

The UKIP leader participated in numerous pro-Trump rallies during the 2016 presidential race and was, in fact, the first foreign politician that the US President met after the elections.

In turn, Trump has praised Farage on multiple occasions and even suggested that he should be appointed  the UK ambassador to Washington in breach of diplomatic protocol.

Mr. Farage, who organised a March to Leave demonstration in support of Britain leaving the EU on 29 March, is keen in his opposition to Brexit delay.

The UK Parliament will hold a number of significant votes on the future of the Brexit process in the next few days, which will determine the nature of the future UK-EU relationship.

Transatlantic Bromance: Farage to Praise Trump in Front of US Conservatives