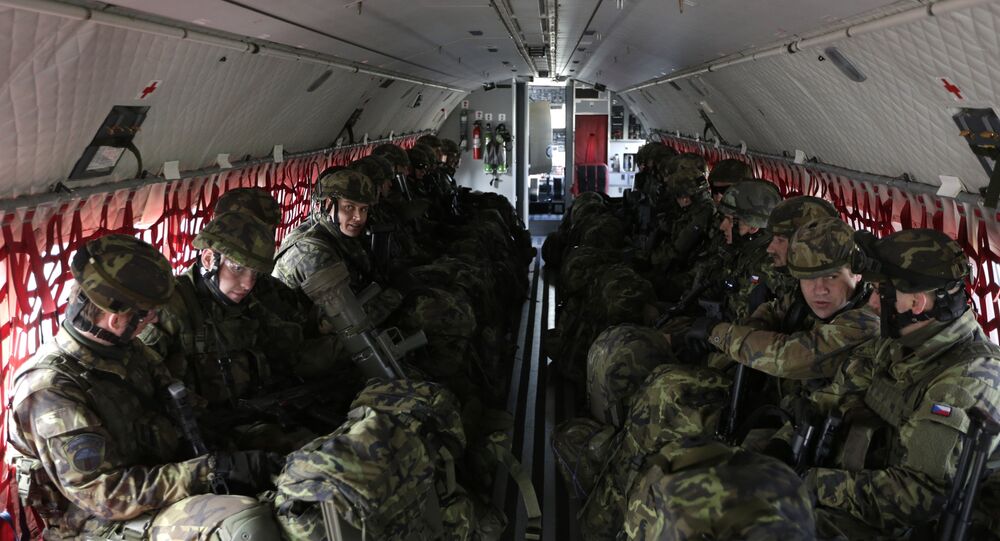 The statement comes amid the tense situation between Russia and the United States, following Washington's decision to suspend the 1987 Intermediate-Range Nuclear Forces Treaty, while NATO, at the same time, has ruled out putting more nukes in Europe after the US move.

The United States can't stand by while NATO allies buy weapons from the east, US Vice President Mike Pence has said in a statement at the Munich Security Conference.

The statement comes after NATO Secretary General Jens Stoltenberg a day earlier ruled out putting more nuclear weapons in Europe even as the INF Treaty seems to be on its last legs.

Tense relations between the US and Russia have recently worsened over Washington's suspension of the INF Treaty, with Moscow swiftly responding in kind. Washington said it would quit the agreement in six months unless Russia returned to compliance with the deal's conditions. Russia has refuted all allegations of being in breach of the treaty.

READ MORE: Most Germans See US as Threat to Global Peace, Perceive NATO as Dangerous — Poll

US Sanctions on Iran

The vice president went on to reiterate the US stance on Iran, calling the Islamic Republic the leading state sponsor of terrorism in the world. He further called on European countries to stop undermining the US sanctions on Tehran.

US President Donald Trump has been a long-time critic of the so-called Iran nuclear accord, also known as the Joint Comprehensive Plan of Action. He has repeatedly stated that the deal has "flaws" in it and subsequently announced the US decision to exit the agreement.

Other sides to the treaty: Russia, China and three EU countries vowed to stay in the agreement and continue non-dollar trade with Tehran. In late January, France, Germany, and the United Kingdom announced the establishment of a mechanism designed to circumvent US sanctions against Iran and keep the nuclear deal afloat.

The US vice president has touched upon the issue of Nord Stream 2, saying that the European countries should oppose the project.

"The United States commends all our European partners, who have taken a strong stance against Nord Stream 2. And we commend others to do the same", Pence noted.

Washington has been strongly opposing the project. With regard to this, Russian President Vladimir Putin has voiced the belief that US President Donald Trump was seeking to force Russia out of the European energy market so that the United States could sell more liquefied natural gas to Europe. Moscow has also reiterated that the pipeline is a purely commercial project.

The aforementioned pipeline is a joint venture of Russian gas giant Gazprom and five European companies. It aims to deliver 55 billion cubic metres (1.9 trillion cubic feet) of Russian natural gas annually to the European Union via the Baltic Sea and Germany. The pipeline project has been welcomed by some countries in Europe and opposed by the others, who've raise concerns over the alleged danger of Europe becoming dependent on Russia and the subsequent diminished transit role of Ukraine.

Addressing the political crisis in the Latin American country, the US VP has called Venezuelan President Nicolas Maduro a dictator.

After Juan Guaido declared himself interim president and disputed Maduro's re-election, the United States was among the first states to recognise him.

Reacting to the move, Maduro has accused Washington of staging the coup in the country.

Russia, China, Mexico, Turkey, Uruguay, and several other states have said they support Maduro as the country's only legitimate president.