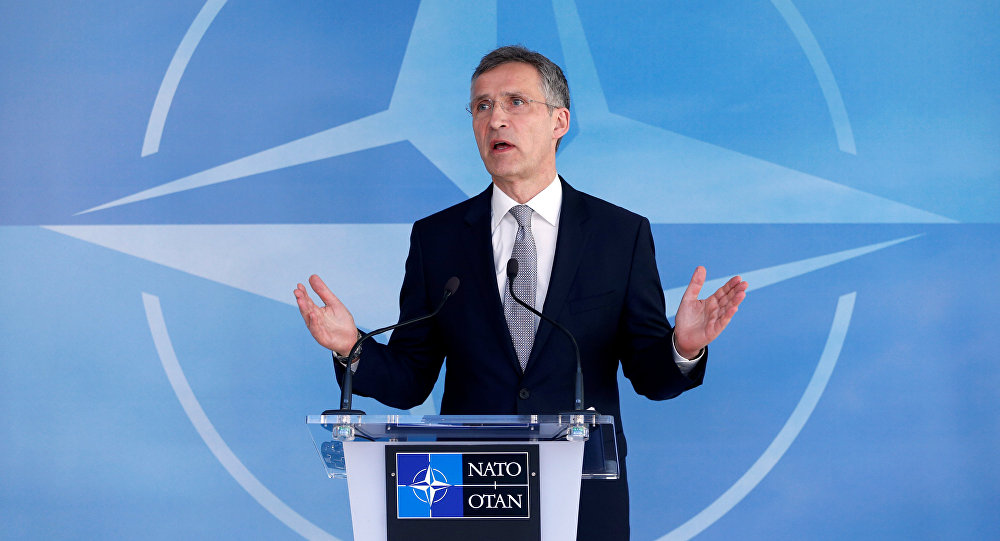 BRUSSELS (Sputnik) - NATO Secretary General Jens Stoltenberg on Friday ruled out pulling more nuclear weapons to Europe even as the INF nuclear control treaty seems to be on its last legs.

"We want Russia to return to compliance but we are preparing for a world without the INF treaty and a world with more Russian missiles in Europe. NATO has already started this work and I will not predict the outcome but what I can say is that […] NATO has no intention of deploying new land-based nuclear weapons in Europe", he said at the Munich Security Conference.

Similarly, NATO Deputy Secretary General Rose Gottemoeller said Wednesday that the Alliance is not planning to deploy new ground-based nuclear weapons in Europe even after the INF Treaty becomes invalid.

The United States suspended this month its participation in the 1987 Intermediate-Range Nuclear Forces Treaty (INF) citing Russia’s alleged noncompliance, a claim denied by Moscow. In particular, Washington has claimed that the range of Russia's 9M729 missile allegedly violates the treaty's limits, but Moscow has denied the allegations, calling them unsubstantiated. Russia, in turn, has said that US defense systems in Europe were equipped with launchers capable of firing cruise missiles at ranges prohibited under the INF Treaty.

© AFP 2019 / DANIEL MIHAILESCU
NATO Has No Plans to Deploy New Ground-Based Systems With Nukes in Europe - Stoltenberg's Deputy
On 2 February, Russian President Vladimir Putin announced that Moscow also suspended its obligations under the treaty in response to the US move.

European leaders have called on Moscow and Washington to preserve the Cold-War era treaty, which banned all ground-launched missiles with ranges of 310 to 3,400 miles. Moreover, former Soviet leader Mikhail Gorbachev, who signed the INF Treaty, has also repeatedly called on the US to engage in dialogue with Russia for the sake of preventing destabilization of the global security situation.

However, US Defense Secretary Patrick Shanahan said Thursday that NATO is united in supporting the United States' withdrawal from the treaty.

Russian Deputy Foreign Minister Sergey Ryabkov said last week that Moscow has done everything possible to preserve the treaty, adding that Russia would take sufficient measures to guarantee its security following the US withdrawal from the INF. However, Russia is open for dialogue if the United States changes its stance, Ryabkov said.

© CC0
INF Treaty's Collapse May Trigger New Arms Race, German Minister Warns
Russian Foreign Minister Sergey Lavrov has said that Moscow had offered unprecedented transparency measures to US partners, which go far beyond Russia's obligations under the INF treaty, stressing that Russia had tried to do everything to save the treaty considering its importance to maintaining strategic stability in Europe and globally.

Meanwhile, US Congresswoman Tulsi Gabbard introduced Friday a new bill to prevent the Trump administration from withdrawing the United States from INF Treaty.

"The act would ensure that our country remains complaint with the INF Treaty", Gabbard said. "This is one step that Congress can and must take now… I urge Congress to take quick action". Gabbard also stressed that action must be taken to end what she termed as a new Cold War and to walk back from the abyss of nuclear war.