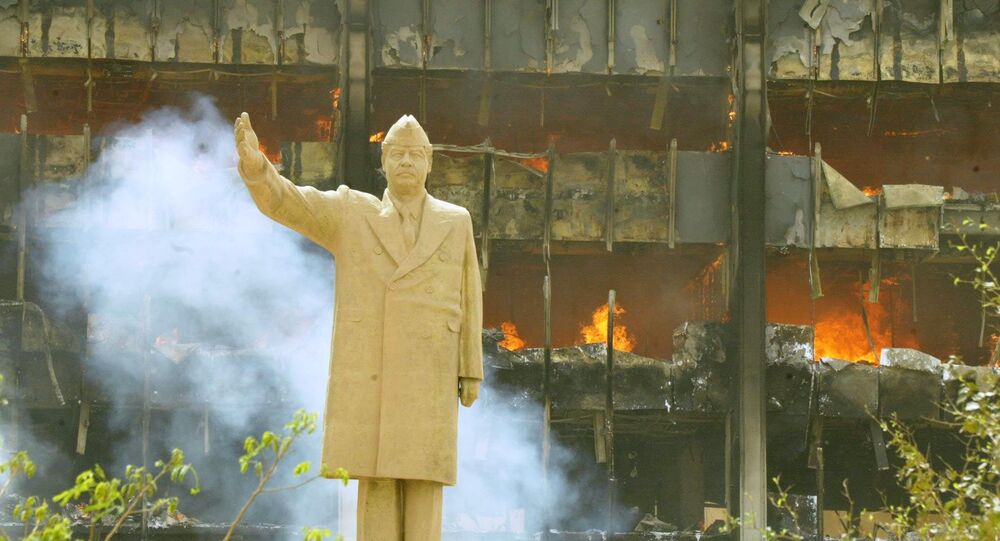 Having previously denied the idea that the Danish government had misled the parliament about the US-led Iraq invasion, former Danish Foreign Minister Per Stig Møller admitted that information may have been manipulated, which he called "regrettable". Still, he is against re-opening an official inquiry into Denmark's Iraq campaign.

Per Stig Møller, who served as Denmark's foreign minister from 2001 to 2010, has admitted that mistakes were made prior to the decision to join the international military campaign in Iraq, which Copenhagen's biggest ally Washington kept pushing for.

Møller recognised the mistakes after reading a critical academic report on Denmark's military engagements in Kosovo, Iraq, and Afghanistan. The report compiled by Copenhagen University researchers, found, among other things, that information about Saddam Hussein's alleged weapons of mass destruction (WMD), which were never found, was distorted.

Furthermore, the report claimed that the Danish government knew in advance that Washington's foremost goal was to induce a regime change in Iraq and overthrow Saddam Hussein. Nevertheless, then-Prime Minister Anders Fogh Rasmussen and then-Foreign Minister Per Stig Møller concealed this fact by repeatedly stressing in government talks that the goal of the planned campaign was to disarm Iraq, despite the lack of conclusive evidence that Iraq had such weapons.

Having familiarised himself with the report in its entirety, Møller told the newspaper Politiken that officials involved with the issue should have noticed any changes in the wording used to describe Iraq's possible possession of weapons of mass destruction, calling it "regrettable" that the Danish parliament may have been misinformed.

"If there was a change in the wording which gave the essential information a different character, then it was a mistake, and it was wrong", Møller told Politiken. "The original wording should have been retained or supported by firmer wording with information as to why that change in character had taken place", he added.

Møller's admission is a change of track from his original course, as he kept denying the fact that the information about WMD had been "streamlined".

However, Møller claimed that he himself, in his role as foreign minister, didn't change the wording from being "quite sure" to "knowing" that Saddam Hussein had weapons of mass destruction.

"That is not my wording", he stressed. "You will have to talk to the people who used the word 'know'. I spoke about it with nuance. You will have to speak with [Anders Fogh Rasmussen] about it, if it was him who used that word", he said, referring to the former Danish PM, who at a 2003 press conference claimed aid that Iraq's possession of WMD was "something we know".

However, Anders Fogh Rasmussen, who later went on to become NATO's secretary general, denied having "tightened" the wording on Iraq's alleged possession of WMD or concealing important information as well.

"It was a common assumption, not just with the US and British intelligence services, but also in the Danish parliament, that Saddam Hussein had weapons of mass destruction. But the decisive thing was that the decision to enter Iraq was about Hussein not cooperating with the United Nations, and not about whether or not there were weapons of mass destruction", Fogh Rasmussen told Danish Radio.

He also said that it was "common knowledge" that the Americans strived for a regime change in Iraq.

"Everyone knew it. It had already been decided under Clinton, so you cannot possibly conceal the fact that it was the US goal", Fogh Rasmussen said.

According to the report, the Danish government was informed that an Iraq invasion would lead to chaos and a reign of terror in the region. However, this information never reached the Danish parliament. Ole Wæver, another Copenhagen University professor, called the Iraq war "one of the biggest blunders of modernity".

However, former Foreign Minister Møller concluded that the report by Copenhagen University researchers Anders Wivel and Rasmus Mariager didn't justify a re-opening of an official inquiry into Denmark's participation in the Iraq war, which was formally discontinued in 2015, when Fogh Rasmussen's liberal-conservative Venstre party returned to power after losing to left-of-the-centre parties.

Denmark decided to join the war against Iraq on 21 March 2003, by the narrowest possible majority backed by Venstre, the Conservatives and the Danish People's Party. Danish troops were deployed in Iraq between June 2003 and July 2007, peaking at about 550 men.

The US-led and Danish-backed invasion effectively ousted Hussein, displacing hundreds of thousands of people, exacerbating ethnic and religious tensions in the entire Middle East and plunging the area into chaos.