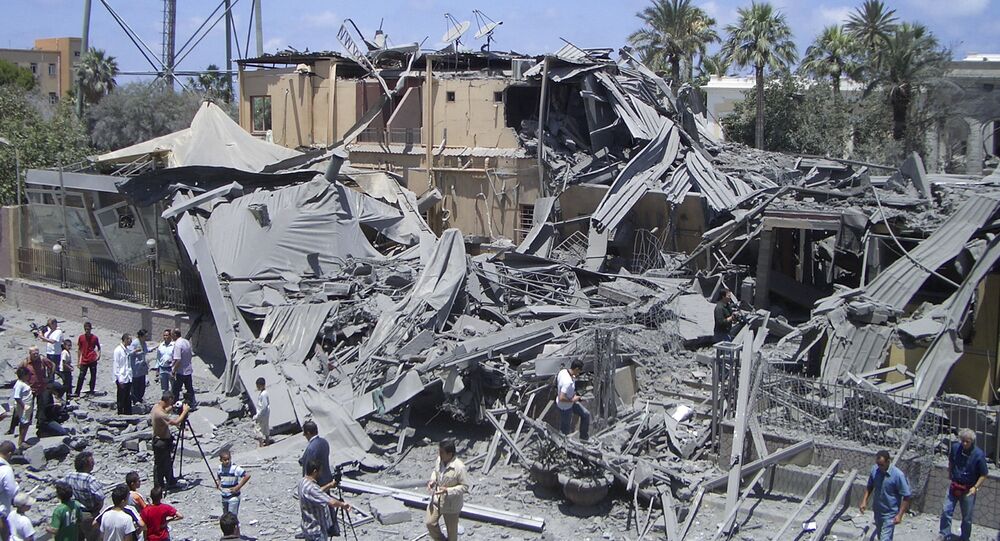 In 2011, Norway, led by current NATO boss Jens Stoltenberg, agreed to drop 588 bombs on Libya as part of NATO's operation to oust its leader Muammar Gaddafi, a decision a 260-page report found "ill-informed," sparking belated reproach and regret among politicians.

A state commission has concluded that Norway's Labor leadership and then-PM Jens Stoltenberg knew "too little" about the situation in Libya before they agreed to take part in NATO's operation in the spring of 2011, which effectively plunged the relatively prosperous North African country into chaos.

Norway played an active role in NATO's bombings of Libya, dropping a total of 588 bombs or one-tenth of the overall NATO effort, leaving many Libyan cities in ruins. Almost immediately, a debate about the righteousness and the necessity of this campaign blazed up. Former diplomat and humanitarian activist Jan Egeland demanded an investigation into the bombings as early as 2012, citing numerous victims among civilians, whom the UN-backed NATO raids were supposed to protect.

Former Foreign Minister Jan Petersen of the Conservative Party, who led the commission, stressed that its role wasn't investigatory or evaluative. "The goal has been to learn what happened and to contribute to the public debate," he explained to the daily newspaper Aftenposten. Consequently, no harsh criticism was directed against the then-Labor government, as Libya was an insular country with little information publicly available. The Norwegian military, on the other hand, was lauded for "having carried out its assignments professionally and with a high degree of responsibility."

While Peterson specifically refrained from assessment, two then-ministers are clear that Norway shouldn't have participated.

"Given what we know today, that this was a war for a regime change, Norway should not have participated in the Libya war," Socialist Left party leader Audun Lysbakken told Aftenposten.

"When you look at what happened next, with Libya becoming a hotspot of terrorism, this is not a decision to be proud of," Navarsete told Aftenposten.

Morten Bøås, a senior researcher at the Norwegian Foreign Policy Institute (NUPI), called the story of Libya "that of a mistaken intervention," calling for Norwegian officials to "accept it, even though it's hard."

"The bombings were based on the idea that if once you get rid of Gaddafi, everything would be fine," Bøas told the newspaper Dagsavisen, explaining that the Stoltenberg government accepted the later disproven US claim that Gaddafi was planning genocide. "No one had a plan though for what should happen with Libya after Gaddafi's fall."

Seven years after Arab Spring-related protests sparked an armed struggle which led to the demise of Libyan leader Muammar Gaddafi, the country remains torn by opposing factions and rife with terrorist religious extremists. While armed conflicts and internal power struggles continue, Libya has become a hotbed of human smuggling.