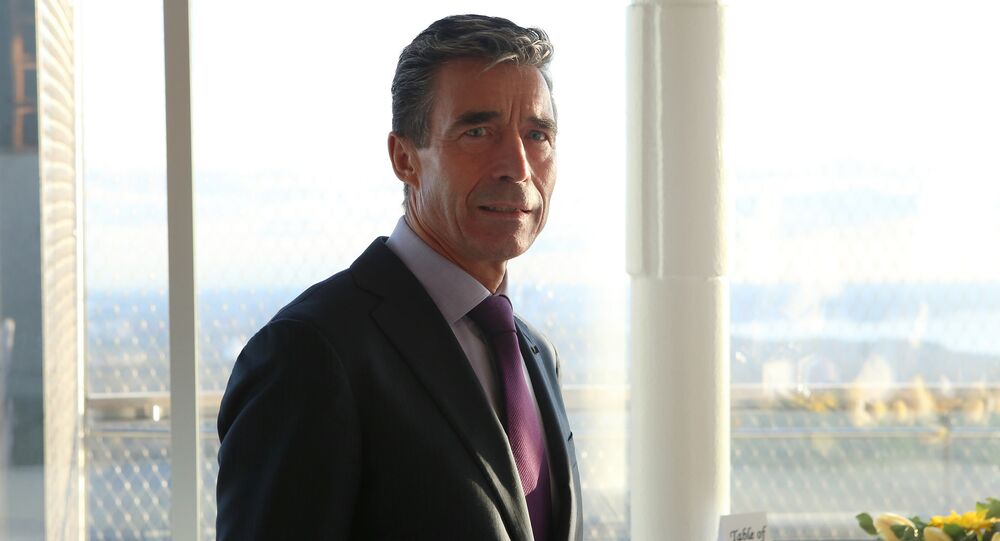 If former Danish Prime Minister Anders Fogh Rasmussen were chosen, he would become the first non-Norwegian on the committee, as the Nobel Institute does not specifically bar foreigners. However, it's not the language matters that are raising eyebrows.

In a controversial move, the conservative Norwegian Progress Party said it was considering former NATO Secretary General Anders Fogh Rasmussen as its choice to sit on the Nobel Committee that awards the Nobel Peace Prize.

According to the Progress Party (FrP), the former Danish Prime Minister was among eight to 10 potential choices, the Norwegian Aftenposten daily reported.

Rasmussen, 64, headed the Western military alliance from 2009 to 2014 and most notably as Danish premier emerged as a keen supporter of the 2003 Iraq war. In 2011, as NATO Secretary General, Fogh Rasmussen endorsed an intensive several-month NATO intervention in Libya, which tilted the balance in the country's internal conflict and resulted in the deposition and death of the Libyan leader, Muammar Gaddafi.

© AFP 2021 / MLADEN ANTONOV
World's 'Policeman': Rasmussen Turns 'Servility' to US Into 'Religion'
An anonymous source with insight into the process ventured that Anders Fogh Rasmussen was controversial and "would be more suitable to hand out a war prize," Aftenposten reported.

Among other things, his active role in the Iraqi war has caused the most objections. In his subsequent book "The Will to Lead," Fogh Rasmussen wrote that Denmark and other countries had a duty to act, although no weapons of mass destruction, which were the pretext for the Western invasion of Iraq in 2003, were found. Furthermore, leaked documents published by the Politiken daily in 2015 suggested that Fogh Rasmussen had already pledged to former US Deputy Secretary of Defense Paul Wolfowitz Danish participation in the US invasion of Iraq in 2002, nearly a year before the war began.

At present, Fogh Rasmussen runs the company Rasmussen Global which is, among other things, an adviser to the President of Ukraine, Petro Poroshenko.

​Although the very idea of seating a former leader of a military alliance is likely to stir controversy across the globe, Nobel Institute director Olav Njølstad said that the Committee "does not have opinions on persons chosen by parliament.

Olav Njølstad also told Aftenposten that the salary for sitting on the Nobel Committee is NOK 40,000 ($5,000) for regular members and NOK 80,000 ($10,000) for the leader. Additionally, travel expenses and hotel stays in connection with meetings are covered, making it more of a prestigious positon rather than a high-paying job.

"If parliament were to appoint someone who does not speak Norwegian, then we'll have to deal with it," Njølstad told Aftenposten. The working language of the Nobel Committee is Norwegian.

Last year, the FrP triggered another controversy with its move to nominate its former leader Carl I. Hagen, renowned for his hardline rhetoric on immigration. This nomination sparked a storm of protests from fellow MPs and Hagen was ultimately rejected. The 73-year old former FrP leader, who is known for saying that "a society without ethnic minorities is a harmonious society" called the decision "sad", "unfair" and a "parody not worthy of parliament," NRK reported.

​In line with the testament of the prize originator Alfred Nobel, who died in 1896, the Norwegian parliament elects the committee based on parties' strength in the assembly, giving the anti-immigrant FrP, currently part of the ruling "blue" coalition, the right to supply one of the five members.

According to Nobel's will, the nine million kroner ($1.1 million) prize should be awarded "for the best work for fraternity between nations, for the abolition or reduction of standing armies and for the holding and promotion of peace congresses."