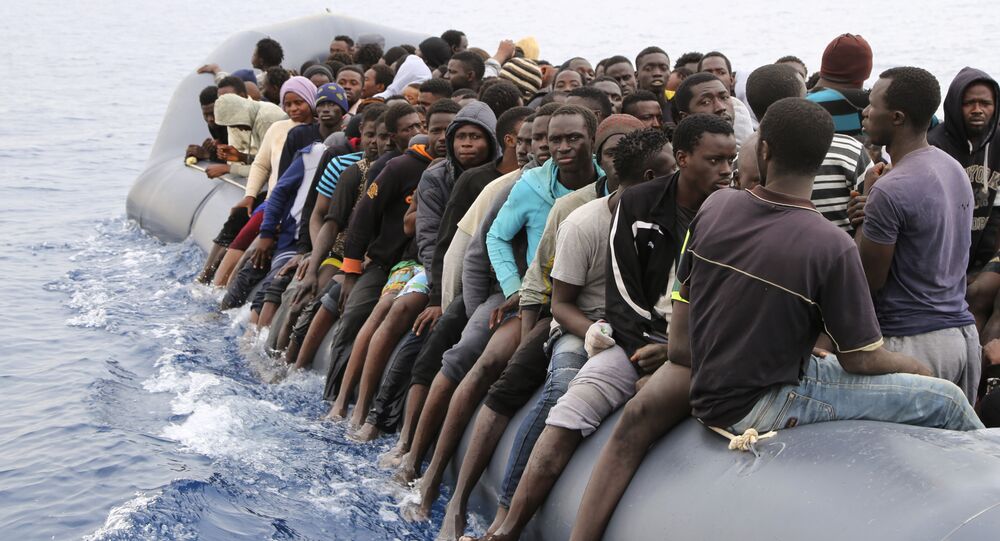 Distinguishing between refugees and migrants is a hard task, the director of the Norwegian Directorate of Immigration has argued, conceding that some of the migrants are drawn to Europe by vast opportunities within the shady part of the economy.

Some of the migrants arriving in Europe are refugees — but not everyone, and this poses one of the biggest challenges for the immigration system, Frode Forfang, director of the Norwegian Directorate of Immigration (UDI) has argued in an opinion piece in the daily newspaper Aftenposten.

According to Forfang, migrants coming to Europe in boatloads after a perilous journey across the Mediterranean Sea from North Africa are nothing new. While their number is currently somewhat lower compared with previous years, the political attention the problem of immigration to Europe is higher than ever before, he argued. Forfang ascribed this to the experience from the 2015 migrant crisis and the increased fear of losing control over immigration.

"Distinguishing between refugees and migrants upon arrival in Europe is demanding in every possible way. Enormous resources are used on the actual process, as well as on the passing-the-buck game between European countries to distribute the responsibility, as well as the next to impossible task of returning home all those who are not entitled to stay," Forfang wrote.

According to Forfang, some of those trying to get into Europe are well aware of the fact that they don't meet the requirements of asylum and have no immediate prospect of legal residence with work permits and other rights. For this, he provided an explanation that he called "less talked about."

"In parts of Europe it is far too easy to live outside of the 'formal' economy. Opportunities existing for black labor are a factor that lures many migrants and which allows living a life in Europe without a residence permit," Forfang argued, naming Italy among the most desired destinations for illegal immigrants.

According to the UDI director, there are many downsides to it, both for the countries affected and the immigrants themselves, who become vulnerable to exploitation, miserable working conditions, low wages and crime. Nevertheless, he pointed out, many still find such a life better than the options provided by their home countries.

While Forfang admitted that illegal immigrants often prefer to travel northward in Europe, he also stressed that opportunities for slipping into the informal economy are much greater in the South.

"There are also illegal immigrants in the Nordic region. Many of these have had their asylum applications rejected, but never returned back. Even though it is possible here to feed off of the black market, our society is still highly regulated. It's hard to live a life here without social security numbers and valid identity papers. It limits the opportunities. Southern Europe looks different," Forfang wrote.

In conclusion, Forfang argued that the efforts against uncontrolled migration across the Mediterranean Sea at present revolve around the immigration policy as such, whereas it would be "not unwise" to increase efforts in fighting black labor and the informal economy.

According to the UN Migration Agency (IOM), 171,635 migrants and refugees entered Europe by sea in 2017, with just under 70 percent arriving in Italy and the remainder divided between Greece, Cyprus and Spain. This compares with 363,504 arrivals across the region in 2016.