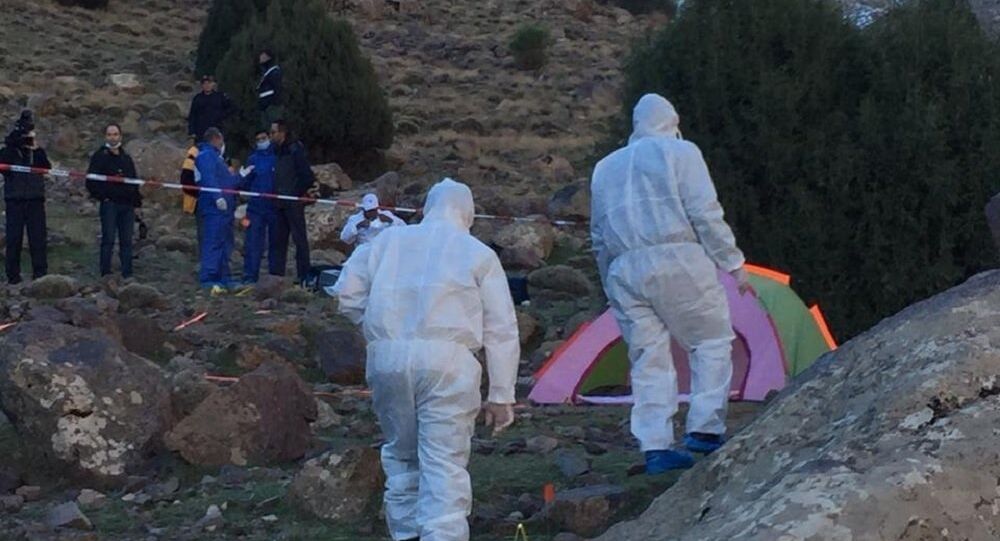 The bodies of two backpackers, Maren Ueland from Norway and Louisa Vesterager Jespersen from Sweden, were found in a popular tourist destination in the Atlas Mountains with knife wounds to the neck. Later, a video emerged online with the suspected killers pledging allegiance to Daesh*.

The reports about Maren Ueland, the 28-year-old Norwegian killed in the mountains of Morocco, sharing a post with a video shaming Islamophobia emerged on the website Morocco World News. The outlet has published a print-screen of her Facebook page (apparently deleted now), showing the young woman sharing a post with a pro-Islam video as long ago as 2015. The clip titled Never judge people by their appearance was posted by Sanaullah Mojaddedi.

It shows a European-looking woman walking with her daughter and suspiciously peeking at a bearded man with a sports bag. The woman freezes when several people looking like police show up and start running towards the man. However, they pass by him and detain another Scandinavian-looking man. The clip ends with the bearded character helping out a girl and walking away with a family. The final title reads Think for yourself.

​Maren Ueland and 24-year-old Louisa Vesterager Jespersen from Denmark were killed near a path up to peak Toubkal, a popular hiking destination in Morocco. One of the victims was beheaded, while another sustained serious neck wounds. The case is being investigated as a terrorist act.

A video of the decapitation of one of the girls emerged online, with a knife-wielding perpetrator shouting “It’s Allah’s will” and “This is revenge for our brothers in Hajin in Syria. These are your heads, enemy of God", referring to the Daesh stronghold in the province of Deir ez-Zor captured by US-backed forces earlier this week. Danish intelligence services have authenticated the extremely graphic footage.

Moroccan police have already arrested 13 suspects in the killing. The country’s Central Bureau for Judicial Investigations said police had discovered electronic devices, unauthorised hunting rifles, knives, and materials that could be used for bomb-making.

According to the country’s authorities, the four suspects first arrested over the murder had pledged allegiance to Daesh* in a video now circulating on social media. While the authenticity of the video is yet to be confirmed, no group has claimed responsibility for the murder.

Daesh, also known as ISIS/IS/Islamic State, is a terrorist organisation outlawed in Russia and many other countries.