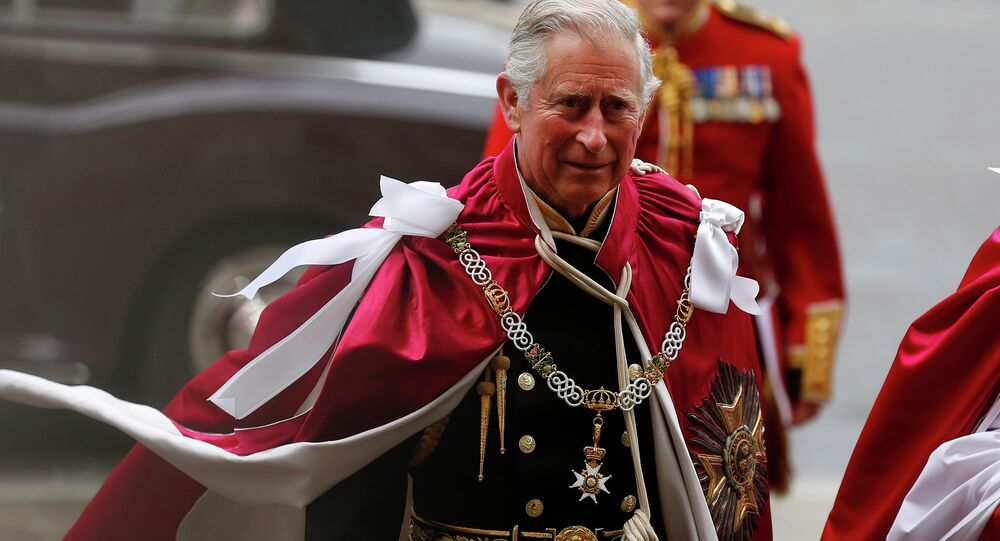 The Prince of Wales, next in line for the throne after Queen Elizabeth II, has spilled some details about what kind of king he plans to be in a documentary dedicated to his 70th birthday. Among other things, he has promised not to intervene in the government’s issues, as he previously tried to do.

Prince Charles, who turns 70 next week, has promised not to be a meddling king in a BBC documentary about his birthday. In the documentary "Prince, Son and Heir: Charles at 70," the heir to UK’s throne addressed some of his previous interferences in a number of public issues that have "ruffled feathers."

"I'm not that stupid. I do realise that it is a separate exercise, being sovereign. So, of course, I understand entirely how that should operate," Charles said.

He claimed that he had tried to make sure whatever he had done had been “non-party political”, saying “you can't be the same as the sovereign if you're the Prince of Wales or the heir."

"But the idea somehow that I'm going to go on exactly the same way if I have to succeed is complete nonsense because the two… the two situations are completely different. You only have to look at Shakespeare plays, 'Henry V' or 'Henry IV, Part 1 and 2,' to see the change that can take place — because if you become the sovereign, then you play the role in the way that it is expected," the heir insisted.

However, he opined that the public would appreciate it if he made some contribution to society.

"So, as you imagine, I was much encouraged to take an interest. I think people by now would have been rather fed up if I hadn't, I would have thought," he said.

In contrast to his mother Queen Elizabeth II, who has remained above the political fray, Charles has tried to intervene in some issues of public concern, writing letters to ministers, speaking out about climate change and opposing an extension to the National Gallery in London.

Although the full interview has yet to be aired, this teaser alone has stirred up netizens.

Some mocked the Prince, hinting that he may have to wait a bit longer before he can put on the crown.

At this rate, it's not going to be something he has to worry about.

My advice to Prince Charles is to spend one day as King, just to get on the books, then abdicate in favor of William and go fishing.

​Others opposed the idea of abandoning his active support for environmental protection.

Because trying to save the environment from disaster and ensure your subjects are living their best life is "meddling"?

Good to know that he’ll abandon his principals as soon as he gets his crown. What a guy!

​There were those who predicted a grim future for the royal family.

Something tells me they are going to make you the last Royal.

Who said he’ll ever be king?