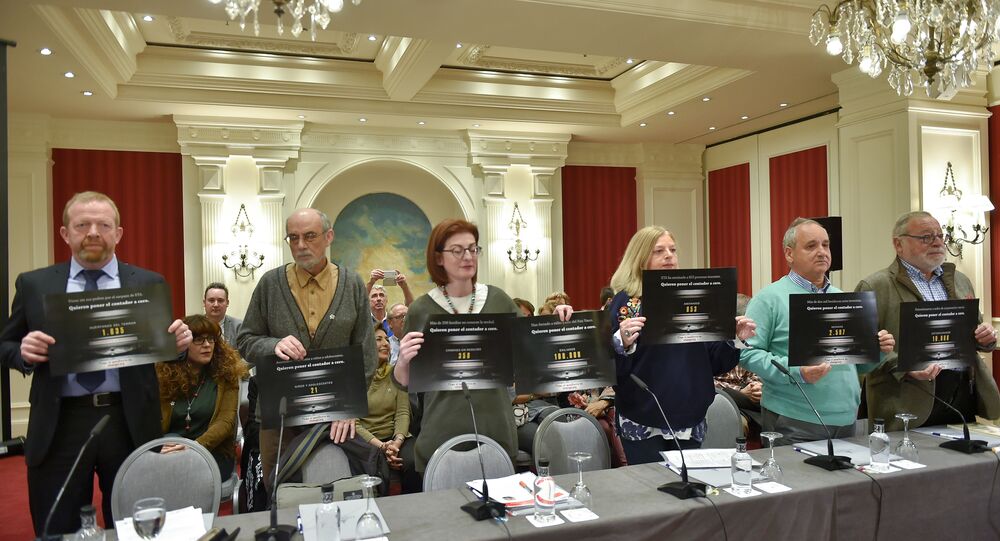 The fight of the ETA group for the independence of the Southern Basque Country from Spain has left nearly 850 people dead and thousands more injured.

The group, which has been fighting to establish its own state on the territories of northern Spain and southern France, was expected to announce its decision later this week.

After a half a century struggle, the group decided to declare a ceasefire regime back in 2011, handing over its weapons in 2017, thus terminating Western Europe's last major armed group, regarded as a terrorist organization by Spain, France, the US and the European Union.

The Basques are not the only group, who've striven for independence in Spain. The Spanish autonomous region of Catalonia held an independence referendum on October 1, 2017, in which over 90 percent of the 2.26 million Catalans who participated in the vote, supported the region's secession from Spain.

© REUTERS / Ali Hashisho
Will US-Backed Separatists Manage to Create Autonomy in Southern Syria?
Madrid called the vote illegal and subsequently imposed direct rule over the autonomous region and dismissed its government. Several ministers of the former Catalan government were arrested, while the region's former head Carles Puigdemont fled to Belgium to avoid arrest at the time.

On March 23, the Spanish Supreme Court activated a European arrest warrant for a number of Catalan politicians, including Puigdemont. Two days thereafter, Puigdemont was detained in Germany after he crossed the border with Denmark while his way from Finland to Belgium.