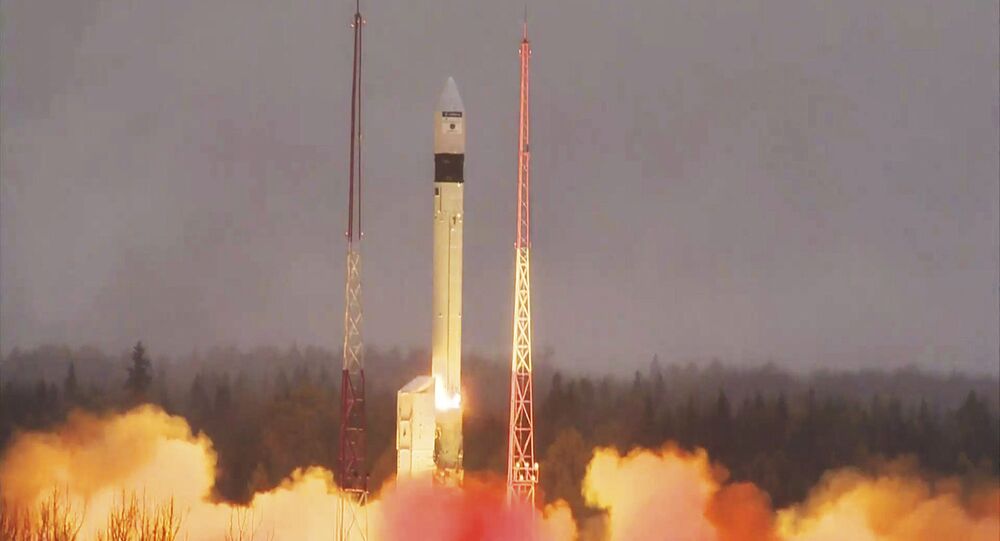 UK May Set Up Satellite Program Separate From EU - Reports

Britain may seek to capitalise on the market in space travel and exploration by developing its own global satellite navigation system, potentially in partnership with countries as disparate as Canada, Australia and New Zealand.

The United Kingdom is considering the establishment of an independent global satellite positioning system separate from the Galileo Program run by the European Space Agency, as the sharing of information is not open to 'third countries,' which the UK will become after it has left the European Union.

In a letter responding to Brussels' alleged determination to freeze Britain out of key parts of the program British Business Secretary Greg Clark warned that the disagreement could lead to the UK setting up a competitor organisation if, ''Galileo would no longer meet our basic security requirements and would deprive us of the ability to compete on a fair basis,'' according to reports by the Express paper.

BREAKING: Following news that the insane decision to leave the EU means we will be kicked out of Galileo GPS program,UK Govt has asked Jeremy Clarkson to provide the new Reliant Robin launch vehicles for their new Satellites which will be ready by 2055 https://t.co/Fz6NXqsl4b

UK explores producing own satellite system after EU’s Galileo snub — looks like the UKGov is finally submitting into the reality of #Brexit; to reclaim €1.4bn invested into the €10bn Galileo project & will look at doing it's own program.
https://t.co/EkoECdfihq via @FT

A principal stumbling block has been the sharing of security information between the two, which Brussels has reportedly become less enthusiastic in assuring.

NASA handout
The New Space Race: NASA to Award 1st Contracts for Gateway Moon Base
Mr. Clark warned while attempting to recover approximately US$1.7 billion Britain has invested in the Galileo Space Program over the last 15 years, that failure to ensure information sharing between Europe and post-Brexit Britain will have implications for the ''deep and enduring'' partnership on defense and security that both sides have insisted they wish to preserve.

"We have made it clear we do not accept the commission's position on Galileo, which could seriously damage mutually beneficial collaboration on security and defence matters," Mr. Clark said in statements to the British media.

The Business Secretary also touted the economic benefits to Britain's post-European economy in being able to independently exploit the market in space travel and exploration.

A potential alternative to relying on the support of other European countries would be to develop ties with its former Commonwealth colonies, Canada, Australia and New Zealand. Australia has in recent years announced major initiatives in developing its own space program and occupies a central position in the US' global geographic surveillance system.