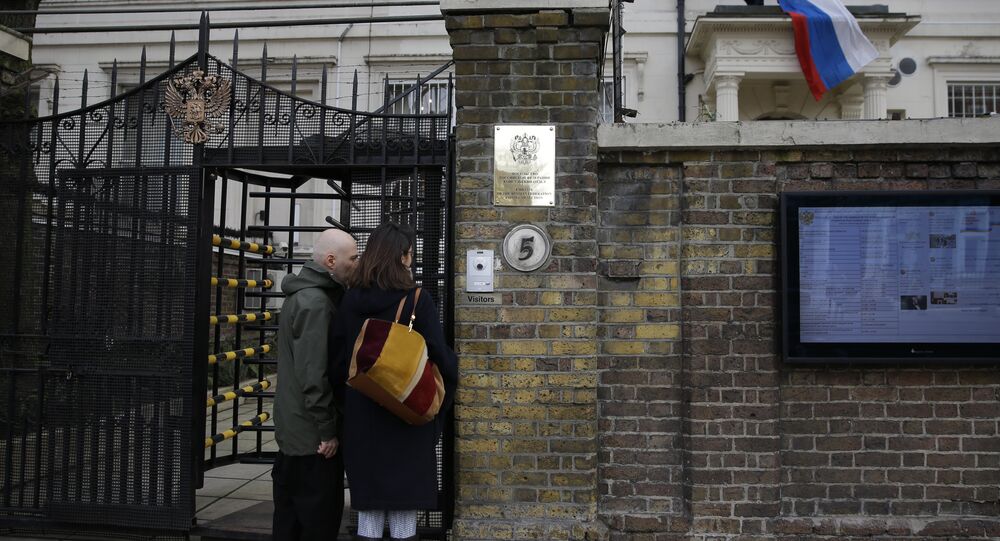 After accusing the Kremlin of being behind the poisoning of ex-spy Sergei Skripal, the UK government expelled 23 Russian diplomats from the country. Moscow, in turn, has strongly denied the "baseless" claims and responded with tit-for-tat measures.

© AP Photo / Bernadett Szabo
Moscow Slams UK's Johnson for Comparing 2018 FIFA World Cup to 1936 Olympics
"First we want to see the evidence and then draw the conclusion," the envoy cited a EU representatives as telling him.

© REUTERS / Parliament TV
UK Reportedly Wants to Prod EU to Slap Sanctions on Russia Over Skripal Case
The European Council plans to approve a statement on Thursday that points out to the high possibility of Russia's involvement in the poisoning of former Russian intelligence officer Sergei Skripal in the UK town of Salisbury, according to a diplomatic source.