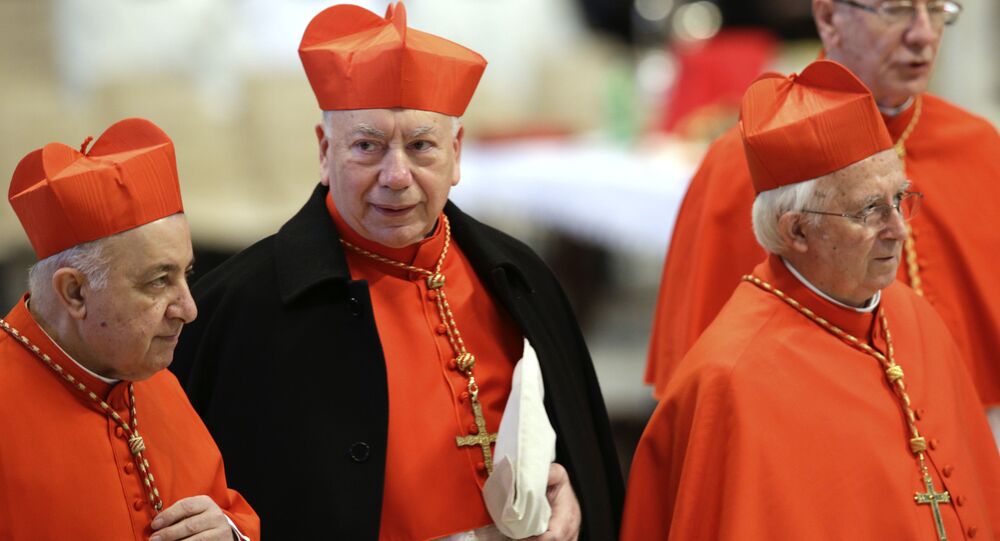 Police entered an apartment where a priest lived. The priest reportedly serves as a secretary to Cardinal Francesco Coccopalmerio, the head of the Pontifical Council for Legislative texts.

Cardinal Coccopalmerio is a personal adviser to Pope Francis.

An Italian newspaper said police raided the apartment in June after complaints from neighbors who reported unusual behavior.

The police reportedly found drugs and several men having sex when they entered the apartment. The priest was reported on suspicion of drug offenses.

Sex between men in private is not a criminal offense in Italy or in the Vatican City, which is a nominally independent state within the city of Rome.

The apartment reportedly belonged to the Congregation for the Doctrine of the Faith, which investigates sexual abuse by priests.

Cardinal Coccopalmerio had reportedly recommended the priest for promotion to bishop but that has now been put on hold.

The incident is symptomatic of a difficult period for the Pope.

He remains under huge pressure as a result of sex abuse involving the Roman Catholic Church.

The Pope's critics have reportedly blamed him for picking the wrong people for key positions.

In June, Cardinal George Pell, the highest-ranking Catholic official in Australia, agreed to step down from his job as the Vatican's treasurer to return to Australia after being charged with multiple sexual offenses by Australian authorities.

"I stand by everything I've said at the royal commission [on child sexual abuse] and in other places. We have to respect due process, wait until it's concluded and obviously I'll continue to cooperate fully," he told reporters. He is to appear in court on July 18.

For decades, the Catholic Church has been subject to accusations from numerous activists, organizations and victims for not doing enough to fight pedophilia within its ranks.

In July 2014, Pope Francis referred to child sexual abuse as a "leprosy" that infects the Catholic Church, stating that one in every 50 Catholic priests is a pedophile.

In 2015, Pope Francis approved the creation of a tribunal to hear cases in which bishops have been accused of failing to prevent the sexual abuse of children and "vulnerable adults" by priests.