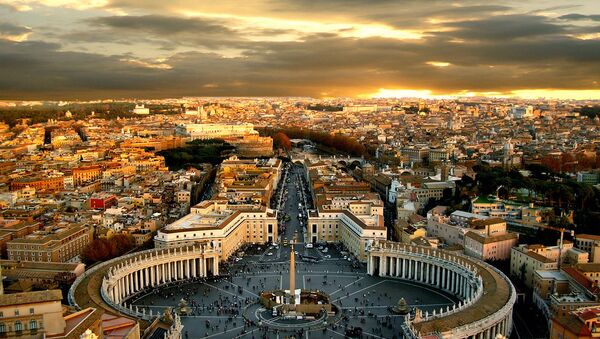 "Corruption exists in Vatican … The Lord wants monks to be poor," the Pope told the 4000th issue of the Society of Jesus’ magazine La Civilta Cattolica.

He also condemned on sexual abuses of children committed by Catholic priests.

"Two of four people committing such abuses seem to have been subjected to such abuses themselves. They are disseminating abuses in the future – that is destructive. If priests or monks are involved in that, it is clear that we are speaking about the presence of devil… But let us speak directly — it is a disease. If we are not sure this is a disease, it will be impossible to solve the problem," Francis said.

He added that there were people in the Catholic Church who tended to wash hands of the problems, comparing them to the fifth prefect of the Roman province of Judaea Pontius Pilate, who washed his hands before yielding to the pressure of the crowd that demanded him to execute Jesus. The Pope called on the church to solve the problems it faced.

Stricter guidelines for the clergy come after the Catholic Church was criticized for covering up abuse of minors by its priests in Europe and North America, prompting the pope to vow a zero-tolerance approach.