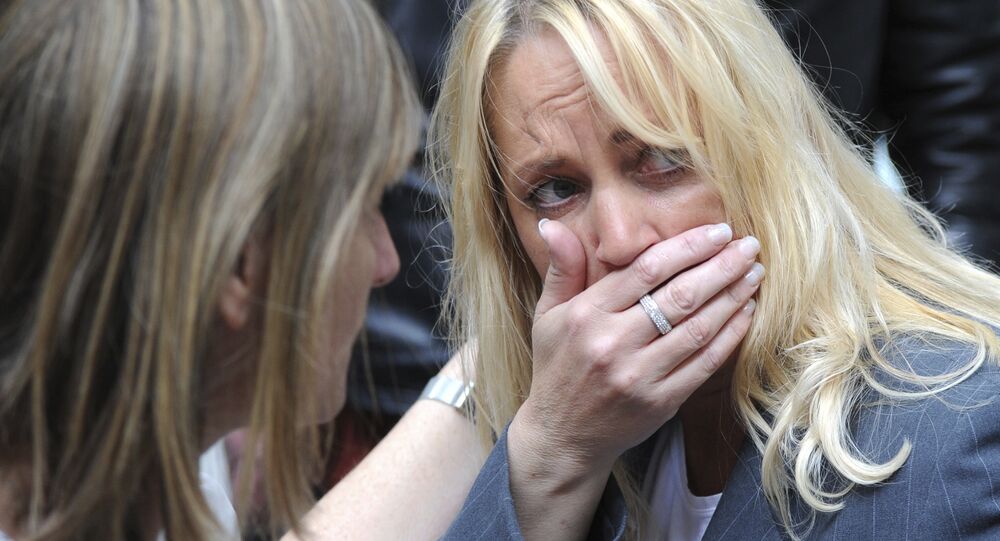 In the wake of the Manchester attack, concerned parents, siblings and friends launched genuine social media appeals in attempt to locate missing loved ones, using the hashtag #MissingInManchester. However, some tasteless trolls also took the opportunity to share fake images and other hoax posts.

In the hours following the bombing, which claimed the lives of 22 people and injured many more, many shared images of friends and family they were with or who had been at the concert, and were now missing. However, others shared fake pictures, spreading false grief for their own amusement and seeking retweets and shares in order to increase their reach — some hoax #MissinginManchester posts were reposted tens of thousands of times over.

For example, one user tweeted an alleged photo of their cousin's girlfriend, claiming the girl was missing after the attack — another user quickly pointed out they knew the person in the picture in real life and she hadn't attended the concert.

Sputnik News has opted not to reproduce these tweets here.

Some of the photographs in fact depict internet celebrities, such as YouTube vloggers — others appear to be arbitrarily chosen members of the public, and even stock photo stars.

In one case, a snap of a young model for a fashion line for individuals with Down Syndrome was shared.

​Mexico-based journalist Andrea Noel had to deny she was missing after a picture of her was shared.

"Some people propagated a certain rumor claiming I was a victim of an attack in Manchester at the Ariana Grande concert. I'm just making this video to let you know I am indeed alive well and okay here in the United States, not the UK. This was unfortunately just an effort done by various trolls," the video said.

Such images have undoubtedly caused distress both for people who've seen the tweets and been led to believe someone they know are caught up in the attack, and photographed subjects themselves.

​It's almost certain at least some of the hoaxes are deliberately intended to inflict grief on the people shown in them, designed to harass specific individuals a troll doesn't like, or wishes to attack.

However, the images are but one method by which fake, malicious stories have spread following the attack. False reports of fictional terrorist attacks around the country have also circulated.

A Facebook post claiming a man armed with a gun outside Royal Oldham Hospital has been shared over 13,000 times, and regurgitated in some news stories, although both Greater Manchester Police and Oldham Council refuted the reports.

Police have attended an incident @roh
Scene searched, no offences and all staff &patient's are safe &well

​The Manchester tragedy is not the first time fake victim images have circulated on social media.

In May 2016, fake pictures began circulating on social media of missing relatives after an Egyptair flight went missing.