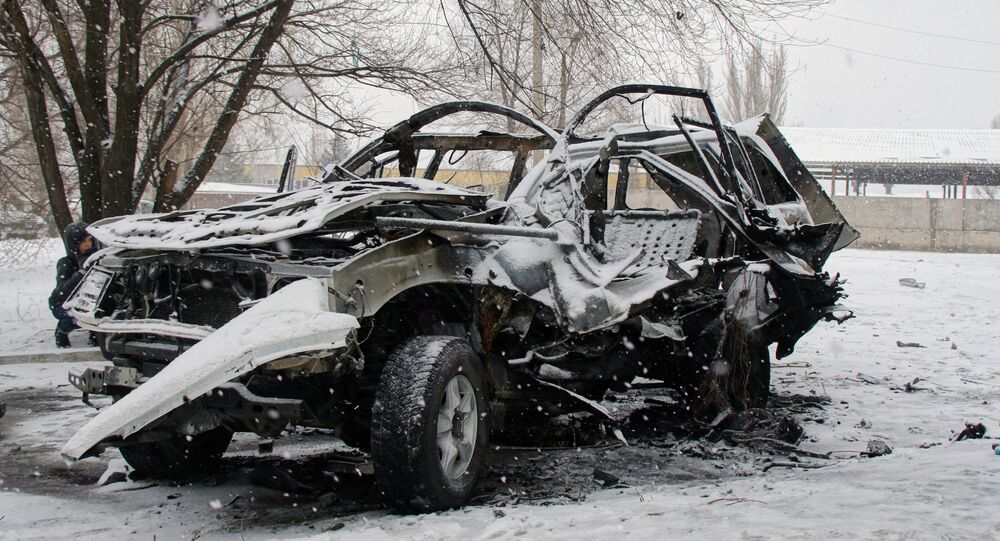 The Lugansk People’s Republic (LPR) declared a day of mourning to begin on Sunday over the death of the commander of the LPR People's Militia Office Col. Oleg Anashchenko, the press service of the republic's Ministry of Communications told Sputnik on Saturday.

LUGANSK (Sputnik) — Earlier in the day, Anashchenko was killed in a car explosion, which had been classified as a terrorist attack by the local security agencies.

"In the context of the tragic death of Col. Oleg Anashchenko, the first deputy commander of the people's militia corps of the People’s Republic of Lugansk, mourning is declared in the republic on February 5, 2017," the press service said in a statement.

Following the Saturday incident, Igor Plotnitsky, the head of the LPR, offered condolences to the family of Anashchenko.

Facebook
Twitter
Whatsapp
Viber
Telegram
Download videoCopy linkGet code
© Ruptly
Car Blast in Lugansk Kills Republic's Senior Commander
© Sputnik / Irina Gerashchenko
Russia Initiates Criminal Case Into Ukraine Gov't Shelling in Donetsk
The situation in Donbass has escalated over the past few days, in particular near the town of Avdiivka in the Donetsk region, where clashes between Kiev forces and the troops of the Donetsk People’s Republic (DPR) have intensified. The conflicting parties have both accused each other of initiating the violence.

A spokesperson of the DPR’s Office of Ombudsman said on Friday that over 30 people have been killed and more than 80 others, including 47 civilians, have been injured in the republic as a result of violence this year.

On October 16, a blast in an elevator killed a prominent commander of the Donetsk People's Republic colonel Arseniy Pavlov (call sign Motorola). The Donetsk authorities accused Kiev of masterminding the murder.

In May, a top military commander of the Lugansk People's Republic, Alexei Mozgovoi, was assassinated by unknown gunmen when his car ran into an ambush.