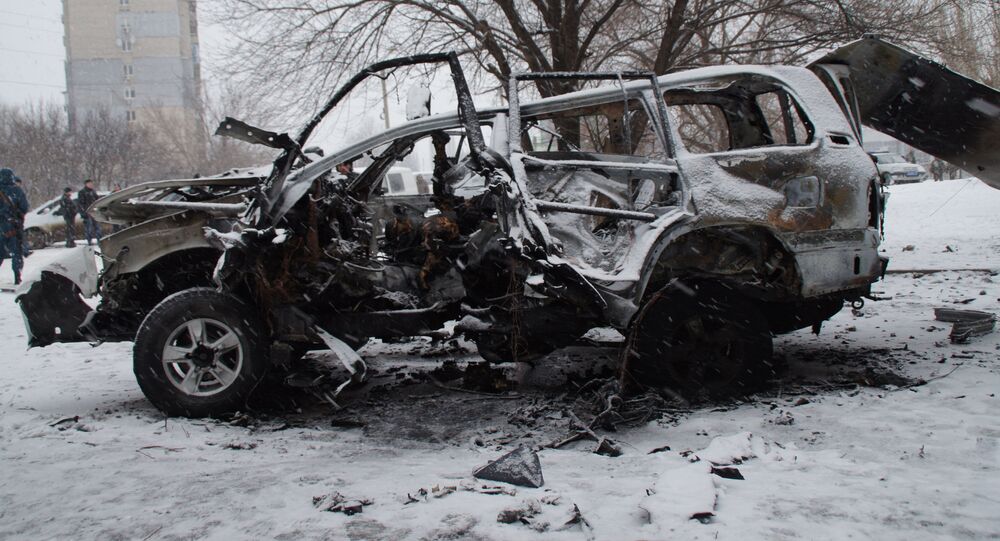 A terrorist attack in the capital of the Lugansk People's Republic in Donbass on Saturday killed two people including the chief of the LPR People's Militia Office.

"The car of the chief of the LPR People's Militia Office, Oleg Anashchenko, exploded… There were two people in the car, both are dead. According to the preliminary data, one of them is Anashchenko," the police press service said.

The blast occurred at about 7:50 a.m. local time (05:50 GMT) and the investigation is currently underway, the People's Militia's press service specified.

Later, the police press service confirmed the death of colonel Anashchenko, classifying the explosion as a terrorist attack.

The LPR security forces suspect that the terrorist act was committed by the Kiev special forces to destabilize the situation in the region.

"Despite that, Kiev punishers will not break the spirit of the warriors of the People's Militia. We will find the orchestrators and perpetrators of this heinous terrorist attack, and they will get the punishment they deserve," Marochko added.

He extended condolences to the family of the deceased on behalf of the People's Militia Office.

The situation in Donbass has escalated over the past few days, in particular near the town of Avdiivka in the Donetsk region, where clashes between Kiev forces and the troops of the Donetsk People’s Republic (DPR) have intensified. The conflicting parties have both accused each other of initiating the violence.

A spokesperson of the DPR’s Office of Ombudsman said on Friday that over 30 people have been killed and more than 80 others, including 47 civilians, have been injured in the republic as a result of violence this year.

On October 16, a blast in an elevator killed a prominent commander of the Donetsk People's Republic colonel Arseniy Pavlov (call sign Motorola). The Donetsk authorities accused Kiev of masterminding the murder.

In May, a top military commander of the Lugansk People's Republic, Alexei Mozgovoi, was assassinated by unknown gunmen when his car ran into an ambush.

Mogherini Talks With Lavrov, Calls for End of Fighting in Eastern Ukraine