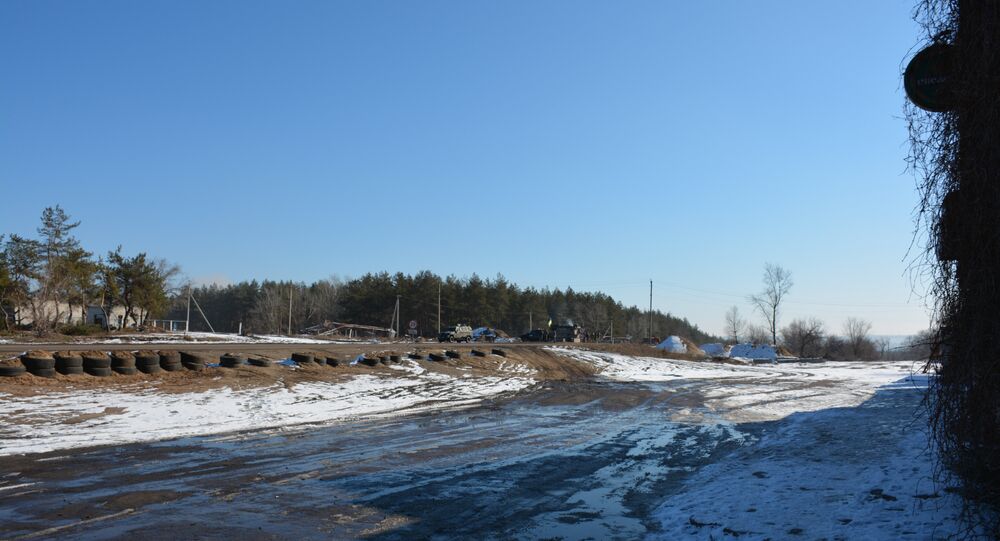 The current aggravation of the situation in Donbass may result in humanitarian and ecological crisis, the principal deputy chief monitor of the OSCE SMM to Ukraine said Friday.

© AFP 2021 / DIMITAR DILKOFF
OSCE SMM Calls for Immediate Cessation of Hostilities in Donetsk Region
KIEV (Sputnik) — The current aggravation of the situation in Donbas may result in humanitarian and ecological disaster unless the conflicting sides take the decision to uphold the ceasefire regime, Alexander Hug, the principal deputy chief monitor of the Special Monitoring Mission of the Organization for Security and Co-operation in Europe (OSCE) to Ukraine, said Friday.

"We have had many flareups before and yet somehow the sides have pulled back… It has been the norm abnormal, we are all familiar with since September 2014… Now, however, the stakes are even higher. There is a potential humanitarian and ecological disaster about to unfold," Hug told reporters.

According to Hug, the Special Monitoring Mission detected the usage of different types of weapons, including artillery and mortar shelling, as well as attacks with multiple rocket launchers.

In Hug's opinion, the conflicting sides are able to uphold ceasefire regime, if they take this decision.

The situation in southeastern Ukraine, in particular, in the industrial towns of Avdiivka and Yasynuvata, became aggravated this weekend when both towns were bombarded with shells, which resulted in heavy losses on both sides. The Ukrainian forces and Donbas militia are trading accusations for the escalation of fighting.

Due to the ongoing shelling, the humanitarian crisis has also worsened within the region, as civilians are deprived of running water, central heating and electricity in the midst of freezing temperatures.