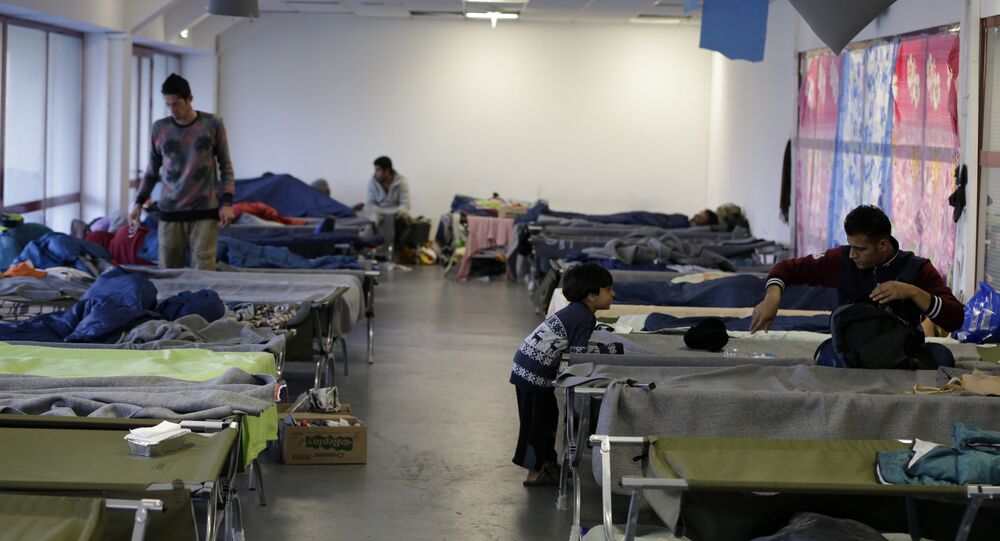 Counting the Pennies: Sweden Gets Its First Financial Study on Refugees

Sweden has long enjoyed the reputation of one of the world's most humane and egalitarian countries, yet has found itself among the worst-affected by the recent migrant crisis as tens of thousands of asylum-seekers, many of them callous bounty-hunters, welled forth. Surprisingly, no comprehensive study on the impact of the migration had been made.

© Flickr / Ninα
All Crime, No Punishment: Welfare-Friendly Sweden Gripped by Urban Ghetto Violence
Researchers Mats Hammarstedt and Lina Aldén of Linnaeus University in southern Sweden have rectified this mistake by compiling Sweden's first research that follows the migrants' impact upon public finances, individually and over an extended time period. By their own admission, the report is meant to be used as a basis for parliamentary scrutiny of the government's migration policy.

The study included all refugee arrivals to Sweden between 2005 and 2007 and followed the public net costs for every single refugee until 2012. The report was released by the Fiscal Policy Council on Monday and is the first of its kind in Sweden.

"Naturally, thematic research has been performed before, but no one has in fact followed the issue in an equally in-depth way as we. This is the first study that follows refugees from the time of their arrival for seven years to see the cost development in progress," Mats Hammarstedt told Nyheter Idag.

© Flickr / dtsomp
In the Red: Sweden Heading Towards Deep Economic Crisis
According to the report, the net cost per refugee is as high as 190,000 krona (roughly 25,000 dollars) during the first year after registering in Sweden, but drops down to 95,000 krona (roughly 12,000 dollars) in the seventh year as the newcomers gradually adapt to the Swedish way of life and start contributing financially.

The report also noticed a marked difference between different population groups in terms of entering the labor market and the impact on the state coffers. What matters most is not the ethnic background, but rather the level of education and the command of the language, Mats Hammarstedt stressed.

"However, things tend to go a little more smoothly for refugees coming from the Middle East compared to those from Africa. But above all, the level of education is crucial. Highly educated refugees do much better than those with an inferior education," Mats Hammarstedt told Nyheter Idag.

© Flickr / Heinrock
The Seamy Side of Welfare Society: Sweden Gripped by Gangland Violence
According to the study, in their seventh year in Sweden, 60 percent of male and 40 percent of female refugees were gainfully employed. Above all, unemployment peaked among the low-skilled group.

"The educated refugees are equipped with skills that allow them to directly enter into the labor market and learn the Swedish language. They also have greater opportunities to benefit from Swedish courses," Hammarstedt said.

© Flickr / Tommie Hansen
Sweden's Snow Job: Migrants Spark Housing Problems, Spur Unemployment
The study encompassed costs for refugees' partaking of health care and elderly care services, school and child care, correctional and justice systems, integration policies and labor market policies. According to the authors, most of the costs are accounted for and thus attributable on an individual level. On some levels, such as the use of the infrastructure or the healthcare system, the researchers had to resort to assumptions, which supposedly did not affect the overall accuracy.

By their own admission, the researchers hope the report will lay the foundation for a realistic discussion of the refugee issue, resting upon facts rather than ideology.