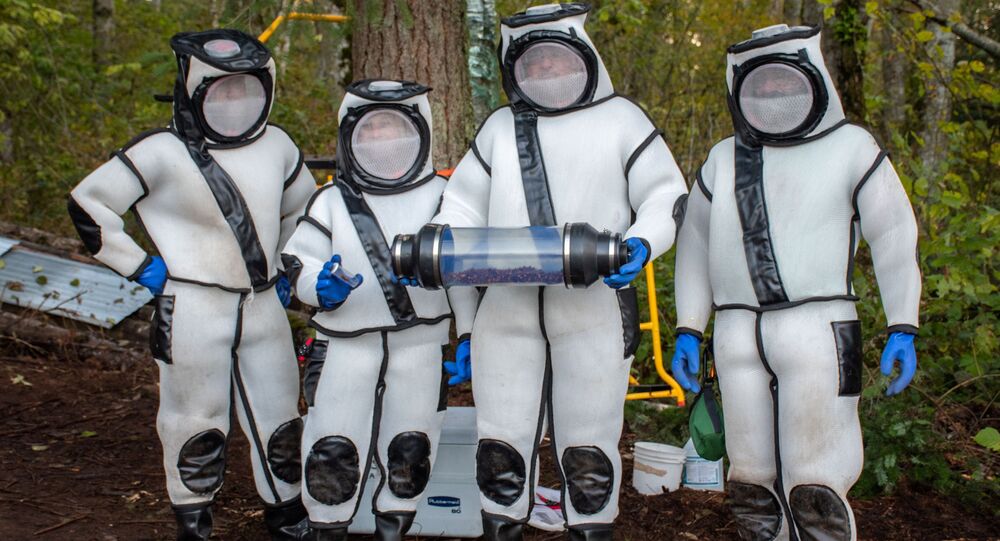 Washington State Department of Agriculture (WSDA) entomologist Sven-Erik Spichiger announced in a virtual new conference on Tuesday that the agency found around 500 live specimens in various development stages, including 200 queens, according to CBS News.

“We got there just in the nick of time,” Spichiger said, highlighting the queens could later start their own nests.

First eradication of murder hornet nest in US pic.twitter.com/1SUryD3OoQ

A close-up shot of two queens retrieved from the tree where the nest was located was posted by the WSDA on Facebook days later.

At the time of the nest destruction, state officials were racing against time, as colonies of the species tend to show more development in the months of August and September.

Officials hoped to be able to track down and destroy the colonies before they could spread and enter the “slaughter phase,” in which a colony of Asian giant hornets can usurp a honeybee hive and make quick work of some 30,000 of the hive’s previous occupants via decapitation, according to the WSDA and National Geographic.

“WSDA will continue trapping through at least Thanksgiving and possibly beyond, but will likely only track worker hornets,” the WSDA announced in a blog post.

“Our entomologists will not, for example, track new queens if any are captured as they are unlikely to return to a nest, but instead will attempt to locate a mate. Even if no other hornets were to be found, WSDA will continue to trap for at least three more years to demonstrate the area is free from Asian giant hornets.”

‘No Reason Under the Sun’ to Punish Remote Workers With Tax, as Deutsche Bank Proposes - Expert