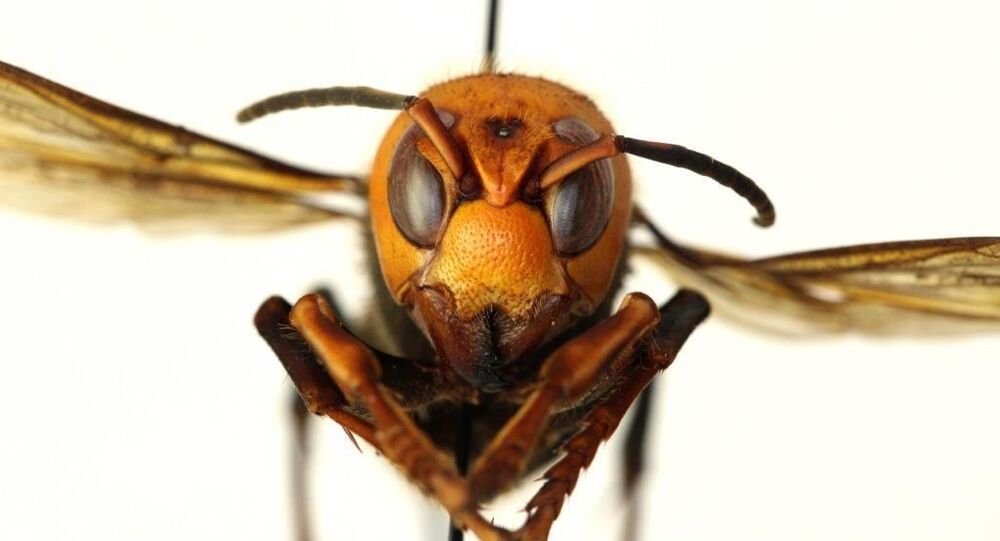 In addition to its ability to kill a human, the Asian giant hornet, or “murder hornet,” is a threat to the “agriculture and agricultural systems” of the US, the Washington State Department of Agriculture (WSDA) has warned.

The Asian giant hornet has made headlines in the US recently after the murderous insect, which has been known to kill 50 people a year in Japan, was spotted by individuals in the American Pacific Northwest.

However, it’s not humans who are the target of the Asian giant hornet’s “slaughter phase,” which the WSDA describes as an event where the “murder hornet” kills honeybees by decapitating them, taking over their hive afterward.

According to the department’s page on the Asian giant hornet, “a few hornets can destroy a hive in a matter of hours.” The WSDA received and verified two sightings of the murder hornet in Washington in December.

The New York Times report on the hornet’s arrival to the US noted that researchers are actively looking to hunt down the observed cases before they are able to sweep through honeybee hives and “establish such a deep presence that all hope for eradication could be lost.”

The WSDA explained that while the hornets’ venom is toxic, they “do not generally attack people or pets” unless they feel threatened. Their killing of honeybee populations, however, endangers the future of US agriculture, according to Sven-Erik Spichiger, managing entomologist at the WSDA.

“Pollination is a huge part of agriculture and the agricultural systems we have here in the United States. And so if this were to become well-established and then start spreading, it could be pretty catastrophic,” Spichiger told Reuters.

Unfortunately, current tips coming into the WSDA are not producing any solid leads on the murder hornet’s nests.

“The vast majority of the reports we receive either are another species or do not provide nearly enough information for us to confirm,” WSDA communications specialist Karla Salp told Reuters.

Spichiger advised anyone who believes they have spotted an Asian giant hornet to not approach the insect or its nest. “Typical beekeeping attire will simply not protect you. The stinger on this insect is 6 millimeters long and will go readily through most clothes,” he explained.

The WSDA website includes pictures and information on a number of other hornets and insects that resemble the Asian giant hornet, providing ways to distinguish between them.