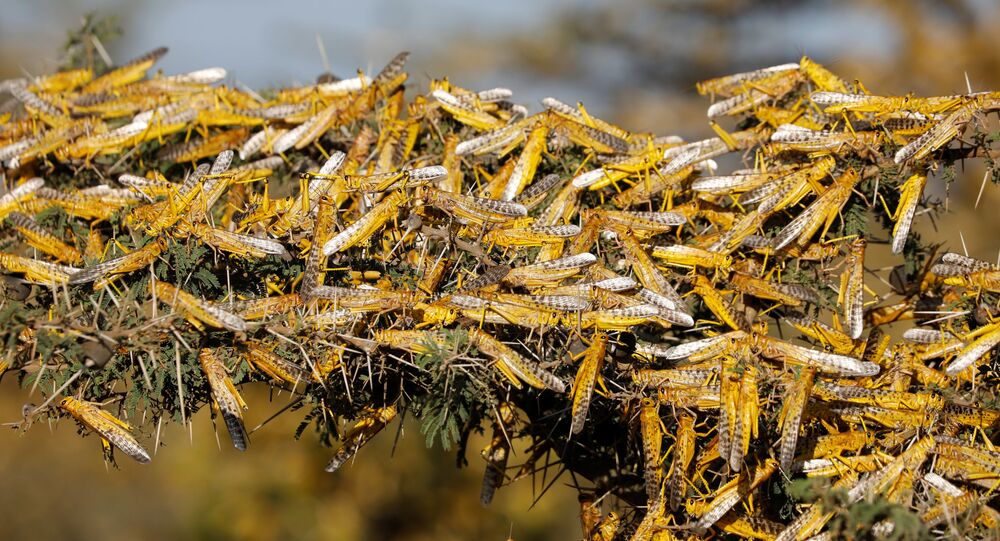 As the world continues to combat COVID-19 novel coronavirus, millions in Africa and the Middle East are expected to also be hit with the ever-worsening desert locust crisis, which experts say has the ability to grow at an unprecedented rate due to favorable breeding conditions triggered by climate change.

The desert locust, dubbed “the most destructive migratory pest in the world” by the United Nations Food and Agriculture Organization’s (FAO) Locust Watch, is positioned to wreak havoc on the food security of millions of people after recently disrupting the lives of individuals in Kenya, Ethiopia and Somalia.

Keith Cressman, senior locust forecasting expert for the FAO, told The Guardian this week that while the desert locust swarms should be decreasing in the foreseeable future as they historically have, climate change has created a new normal that endangers the food security of some 25 million people.

The FAO official explained that desert locust populations begin to expand as a response to moist conditions and continue to thrive in areas that are plentiful in vegetation. He noted that it was May 2018’s Cyclone Mekunu that created an ideal environment in the desert between Saudi Arabia, Oman and Yemen for the desert locust, which can eat roughly the equivalent of its own mass in fresh food a day.

Locust Watch/UN FAO
Desert Locust plagues can develop in a recession area that extends from West Africa to India; an area equivalent to about 16 million square km. Scattered solitarious locusts breed on winter, spring and summer rains that fall sporadically in this area. If heavy rains fall in successive seasonal breeding areas, the locusts will gregarize and, unless prevented by control, drought or migration to unsuitable habitats, plagues can form.

“Just about when those conditions are drying out and the breeding is coming to an end, a second cyclone came to the area,” Cressman said. “That allowed the conditions to continue to be favorable and another generation of breeding, so instead of increasing 400-fold, they increased 8,000-fold.”

Cyclone Sagar, the strongest recorded cyclone to hit Somalia, came about just days prior to Mekunu, and both were followed by Cyclone Luban mere months later in October 2018.

“Usually a cyclone brings favorable conditions for about six months, and then the habitat dries out, and so it’s not favourable for reproduction, and they die and migrate,” the FAO official explained about the insects.

However, warmer seas from climate change bring about an increase in cyclones and subsequent rainfall that create conditions conducive to desert locust breeding. The FAO highlights that “moist sandy or sandy/clay soil” is prime breeding ground for the insects.

“This analogous forecasting methodology used to work pretty good up until five years ago, and it’s just not working very well any more at all because of the rainfall, the timing, the distribution. It’s very different,” Cressman confessed.

“The situation remains extremely alarming in the Horn of Africa, specifically Kenya, Ethiopia and Somalia where widespread breeding is in progress and new swarms are starting to form,” the FAO stressed.

The UN organization filed an appeal in February which called for $138 million in funding to provide aid to countries impacted by the ravenous desert locusts. As of a March 16 news release, a total of $105 million has been pledged.