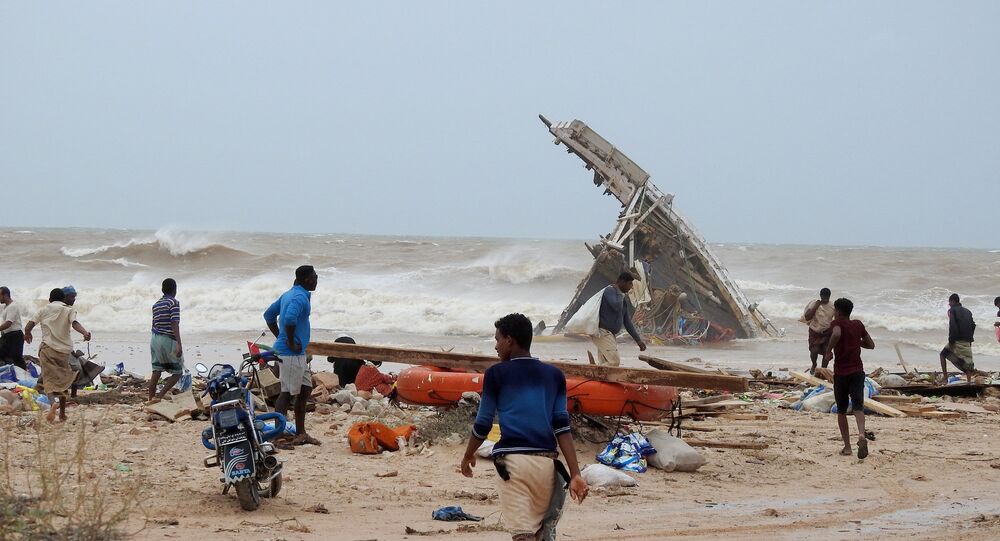 After finally dissipating on Sunday, the strongest cyclone in recorded history to strike coastal areas of Yemen and Oman on the Arabian Sea has left 11 dead and over 30 missing, while dropping some three years’ of rain in a single day.

The most powerful cyclone on record, Extremely Severe Cyclonic Storm Mekunu blasted coastal and inland regions of Middle Eastern states Yemen and Oman with sustained winds of 112 mph and gusts of up to 124 mph, bringing rainfall amounts of up to eleven inches over a 24-hour period — an astonishing and unprecedented downpour that killed at least 11 as many more remain missing, according to the South China Morning Post (SCMP).

Alongside loss of life, damage has been severe, as Mekunu slammed into several popular urban and tourist destinations along the Arabian Sea, with flash flooding destroying entire roadways in Oman's third-largest city of Salalah.

The disputed Yemeni island of Socotra saw at least 3 deaths and multiple Yemeni, Indian and Sudanese nationals have been reported missing, according to SCMP.

Yemeni officials in the country's far east regions along the Oman border reported strong winds taking out homes as well as knocking out communication, power and water networks.

Oman's Public Authority for Civil Aviation stated that the nation's Marmul Airport will reopen Sunday after being closed since Thursday, as officials assess widespread damage in the country.