The total extra greenhouse gas emissions from overweight people correspond to those from Mexico and Canada combined. The researchers, however, are afraid that the data will “further stigmatise the overweight”.

Extremely overweight people emit over a tonne more carbon dioxide per year than a normal-weight person, a new report from the University of Copenhagen has concluded.

In the new study, researchers from the University of Copenhagen have attemted to calculate the cabron footprint of the world's 600 million etremetly overweight citizens, the newspaper Politiken reported.

According to the report, the total extra climate emissions from obese individuals correspond to 1.6 percent of the globe's emissions. This is the same as the emissions from Mexico and Canada combined.

The researchers behind the study are concerned that the results will be used to “further stigmatise the overweight”, head of department Arne Astrup said.

“I am concerned about how it can be interpreted in certain media and on social media, where one often sees very stigmatising statements about overweight people. But conversely, keeping the results secret can never be a goal. The job is to make sure that it is not misinterpreted or distorted to some conclusions we cannot stand”, Astrup said.

The research underscores that a climate-friendly diet must at the same time be a diet that allows one to keep their weight. According to the researchers, this must serve as an input for opinion makers in deciding on issues such as taxes on fatty foods.

Professor of food production Jørgen Eivind Olesen from Aarhus University estimated that the calculations are correct, though a bid rough.

“But if you were to play the Devil's advocate, you could just as well argue that being overweight leads to premature death, and thus you have saved the climate because people who live longer burden the climate more. It shows what problems can occur when going down that road. There are so many interactions in this that affect people's carbon footprint”, Olesen concluded. 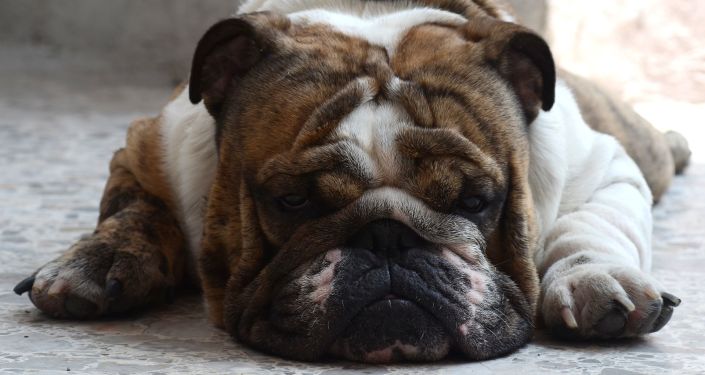 © CC0
Overweight Owners More Likely to Have Fat Dogs – Danish Study
According to a 2010 national health bulletin by the National Board of Health, 47 percent of all Danes are overweight, while 13 percent are obese. The latter category amounts to 600,000 in a nation of 5.6 million inhabitants.

The share of severely obese people has soared in recent decades, seeing a whopping 75 percent increase between 1987 and 2000 alone.

The prevalence of obesity in the US is over 30 percent, which exceeds the Danish rate more than twice.

The World Health Organisation (WHO) has predicted that if the current trend continues at the same rate as before, up to 70 percent of all Europeans will be severely obese by 2030.