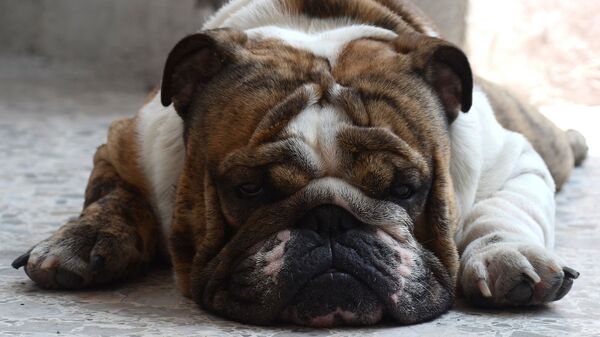 The prevalence of fat dogs is more than twice as large among overweight or obese owners, Danish researchers said, lending credit to the old saying “like owner, like dog”.

Out of the 268 dogs studied, 20 percent were overweight.

“The prevalence of heavy or obese dogs is more than twice as large among overweight or obese owners (35 percent) than among owners who are slim or of a normal weight (14 percent)”, researchers from Copenhagen University said.

One of the explanations is the difference in the use of treats. While average-weight owners tend to use treats for training purposes, overweight owners prefer to provide treats “in convivial situations”. For example, when one is relaxing on the couch and shares the last bites of a sandwich or a cookie with their dog, the study's main author, Charlotte Bjørnvad, explained to TV2.

“Many people don't see it as a problem if their dog is overweight. And then they just become it. But too much weight and obesity have a great effect on a dog's health, this often means a shorter life span and a heavier disease course at the end of the dog's life”, professor of bioethics and co-author Peter Sandøe from the Department of Food and Resource Economics at Copenhagen University explained.

The study also stressed that castration tripled the risk of becoming fat.

“Castration seems to decrease the ability to regulate the appetite in male dogs and at the same time, it might also decrease the incentive to exercise which results in an increased risk of becoming overweight”, Bjørnvad suggested.

By contrast, this appeared not to be the case with sterilised dogs. The study showed that the risk of becoming overweight is equally high for female dogs regardless if they were sterilised or not.

Bjørnvad emphasised different attitudes to whether dogs should be neutered. While in the US it's unusual to have a dog that is not spayed or neutered, the attitude in, say, Sweden is quite the opposite. Denmark, she suggested, lies “somewhere in the middle”.

In developed countries, 34 to 59 percent of dogs are overweight or obese, which can reduce their mobility and even life expectancy, as well as diabetes and cardiac diseases, just like in humans, an international team of researchers found in 2016.

Approximately 500,000 households in Denmark own a dog. The most popular breeds are the Labrador retriever and the Alsatian.