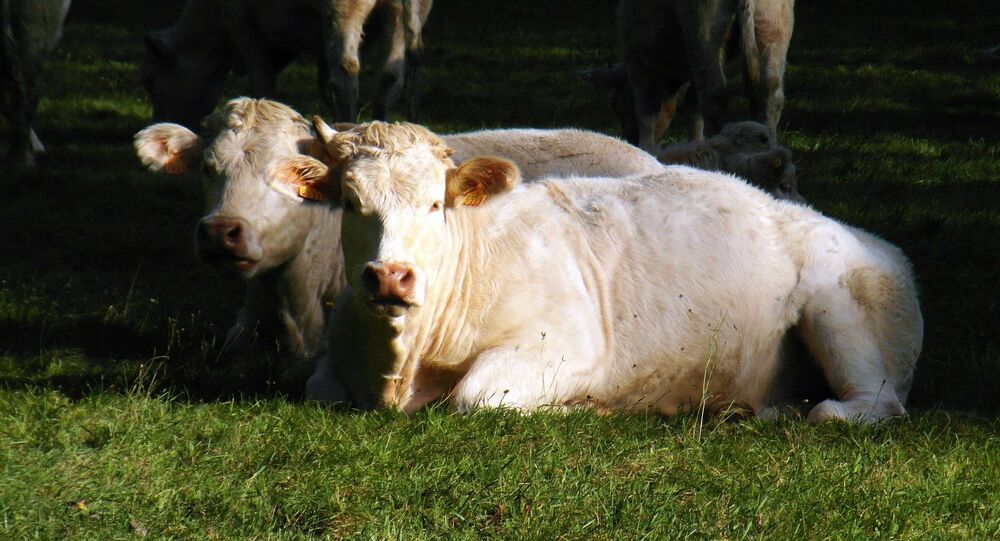 Ermias Kebreab of the University of California-Davis says his research would benefit all those countries having a sizable cattle population, but will have a greater impact for India, as India produces a large amount of methane gas due to having largest cattle population in the world.

New Delhi (Sputnik) — According to a US scientist, Ermias Kebreab, India could reduce its carbon footprint by utilizing his research on dairy cows

Ermias Kebreab, who is a professor in the Department of Animal Science at the University of California-Davis, has sought to prove that just a touch of ocean algae in cattle feed could dramatically cut greenhouse gas emissions. It will reduce the amount of methane gas released into the atmosphere by the dairy cattle.

"This is a very surprising and promising development," animal science Professor Ermias Kebreab, who is testing seaweed efficacy with 12 Holstein cows, was quoted as saying by new agencies.

"Results are not final, but so far we are seeing substantial emission reductions," Kebreab added.

© CC BY 2.0 / Kenneth Lu / Cows just do what they want here
India Aims to Sell 'Cancer Curing' Cow Urine to The World
Cattle continuously burp and exhale throughout the day as they digest food in their stomach and emit methane, which is a greenhouse gas and has 20 times more warming potential than carbon dioxide. Manure is also a source of methane emissions.

Methane produced by India's livestock population, the world's largest, can significantly raise the global temperature, according to a study designed to help predict climate change linked to greenhouse gas emissions from farm animals.

Results of a study carried by the IIT, Delhi and the Deenbandhu Chhotu Ram University of Science and Technology, Murthal in Haryana show that Indian livestock emitted 15.3 million tons of methane in 2012.

India's 350 million cattle population is largest in the world, followed by those of Brazil and China.