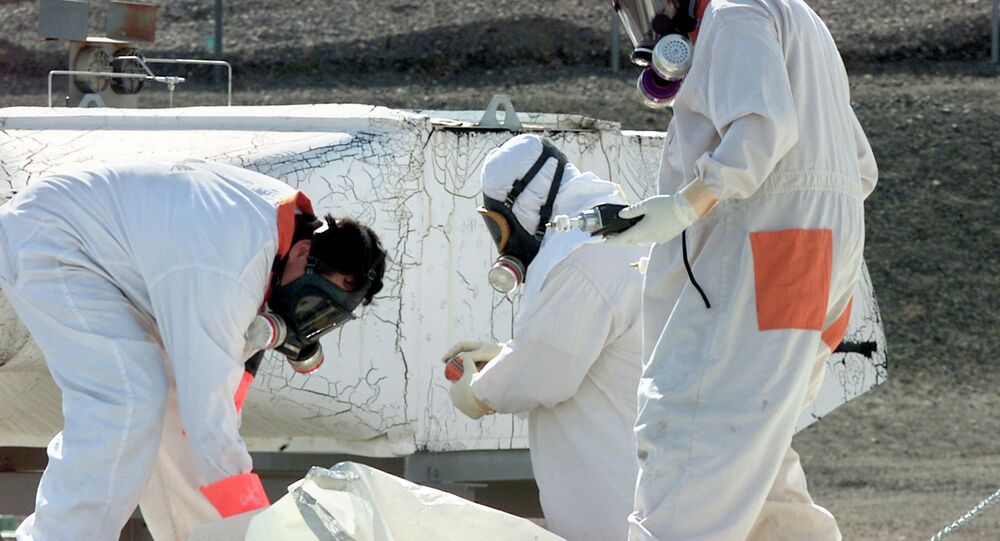 Were you surprised when the Hanford Nuclear Reservation in Washington state suffered a tunnel collapse that nearly exposed hundreds of workers to radiation? Whistleblowers weren’t. Neither were government investigators or state officials, all of whom warned the facility operators in vain that the site was unsafe.

The 586-square mile site is currently in a state of emergency after the tunnel collapse on Tuesday. The 20-square feet tunnel was filled with contaminated materials, and it is possible that the collapse may have triggered an "airborne radiological release."

But terrible as the accident was, it was far from unexpected. In 2014, former Energy Secretary Ernest Moniz requested that the Department of Energy's Inspector General Gregory Friedman investigate the 2013 firing of a woman named Donna Busche, who had served as Hanford's manager of environmental and nuclear safety. Busche was fired by government contractor URS Corporation, which had been contracted to build a clean-up facility on the Hanford grounds.

But when Friedman began his investigation, he claimed that URS as well as construction company Bechtel "could not provide access to several thousand contractor-generated emails and other documents' that he needed for his investigation.

URS also fired Dr. Walt Tomasaitis in 2013, a whistleblower who claimed that he was demoted and then fired for raising safety concerns. He took URS' parent company AECOM to court and won a $4.1 million settlement for wrongful termination.

"We raised technical issues and have received harassment, retaliation," Busche told CBS News in October 2013. "The fact that [Tomasaitis] was terminated, it sent a resounding message to me, right? And heightened my sense of awareness that I was probably next."

In 2016, the Government Accountability Office (GAO) found that Hanford, the most contaminated nuclear site in the United States, had also become a black hole for federal money. The DoE had spent $19 billion over 25 years to clean up Hanford, primarily by vitrifying nuclear waste into glass logs. That project was originally slated to take eight years – instead, the DoE claimed it was going to take 42. The billions spent at Hanford seemed to have vanished with nothing to show for it.

In March 2017, Washington's two senators, Maria Cantwell and Patty Murray, petitioned the DoE to protect whistleblowers and ensure that safety recommendations were being followed.

"We have heard concerns from Hanford workers and labor unions about… inadequately addressing workers compensation claims following vapor exposures,: the two Democratic senators wrote. "Multiple accounts of workers compensation claims being dismissed on arbitrary grounds, tactics bordering on intimidation, and actions taken to discredit claims have been shared with us."

"These allegations are very troubling and we urge the [inspector general] to take immediate action."

The Hanford Nuclear Reservation was most famously used during the Manhattan Project as the site where the Fat Man atomic bomb's plutonium core was produced. The vast majority of plutonium used in American weapons was produced at Hanford, as well. The site also hosted nuclear fission reactors that were shut down one by one during the move away from nuclear power in the 1960s and 70s.