World's Largest Fusion Reactor at Risk Due to Brexit 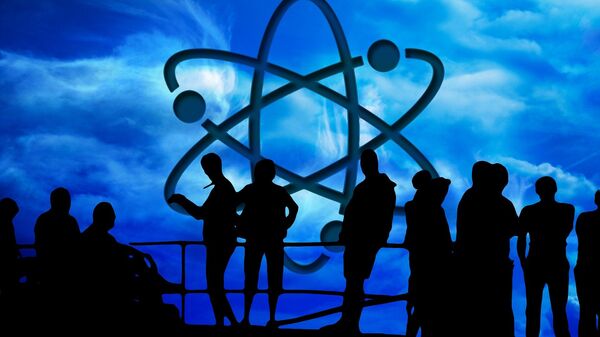 The Joint European Torus (JET) is a vital segment of international research into nuclear fusion that hopes to, one day, fuel homes and cities with energy free of greenhouse gases and waste - however, Brexit has thrown the future of the project into doubt.

The 34-year-old JET, which sits in the Culham Centre for Fusion Energy, is an EU venture, with hundreds of scientists, engineers and technicians from across the EU visiting to conduct experiments annually. Moreover, many of parts used to assemble the project, the world's biggest nuclear fusion reactor to date, have been sourced from the bloc's member states.

In all, €283 million (US$300 million) in Commission funding, has underpinned the program from 2013 until 2018. Further funding for 2019-20 appeared certain until June 23, 2016 — events since, such as the UK's stated decision to leave Euratom have raised further questions about its future viability.

Euratom is a 1957 European treaty created to promote research and cooperation on nuclear power, which oversees the non-proliferation of nuclear materials and inspections of UK nuclear material, such as the stockpile of waste at Sellafield in Cumbria. The treaty also coordinates European research into atomic power.

Talks to renew JET's funding are now on hold, pending Brexit negotiations. Uncertainty could serve delay or even derail the program outright.

JET was the first fusion reactor in the world to achieve fusion this way in 1991, and scientists have worked to refine control of the reaction and design better materials for the reactor's core ever since.

JET is also unique as the only reactor in the world that can currently handle the radioactive element tritium — China, Germany and others are also experimenting with fusion, but building a new reactor to test the mix of deuterium and tritium elsewhere would be costly and time-consuming.

The walls of the JET reactors match materials going into the much bigger €13 billion (US$14 billion) International Thermonuclear Experimental Reactor (ITER) under construction in Southern France, which awaits JET's results. ITER is a venture between EU members, the US, China, Russia, Japan, South Korea and India, and the second largest international project on the planet, just behind the International Space Station.

ITER is expected to produce its first plasma — the super-heated exotic state of matter in which fusion occurs — in 2025, and then mix tritium and deuterium to generate energy in 2035. Once it begins experiments, JET will cease to be useful. Between the present day and then, it remains an important learning ground.

If JET ends after 2018 without another global strategy for fusion development, it will by definition damage ITER's development. Many at the upper echelons of ITER are said to be concerned as a result.

Moreover, JET is also a valuable training base for the fusion experts ITER will need — closure at the end of 2018 means a large amount of know-how and capability could be lost. If this causes ITER's efforts to founder, fusion could well be off the agenda for decades to come, if not eternity — and in the process, an unlimited and predictable clean energy source, much safer than conventional nuclear power, could be lost.

Nuclear fusion officials are now focused on containing the fallout of the UK's departure from Euratom by trying to raise awareness about the damage it could do to their program. While ministers have said the government will not compromise JET's position, they have failed to address the uncertainty surrounding future funding.

A March report published by the union Prospect concluded scientists in the UK risked being relegated to peripheral players in some of the world's most ambitious projects of the next decade and beyond due to Brexit. The JET project was listed as a key area of concern.

"Continued uncertainty for our science funding and collaboration is not neutral. It damages relationships day-by-day and brings a high emotional cost. The government must make tangible commitments to end uncertainty and set a positive path to future economic success," said Prospect Deputy General Secretary Sue Ferns.