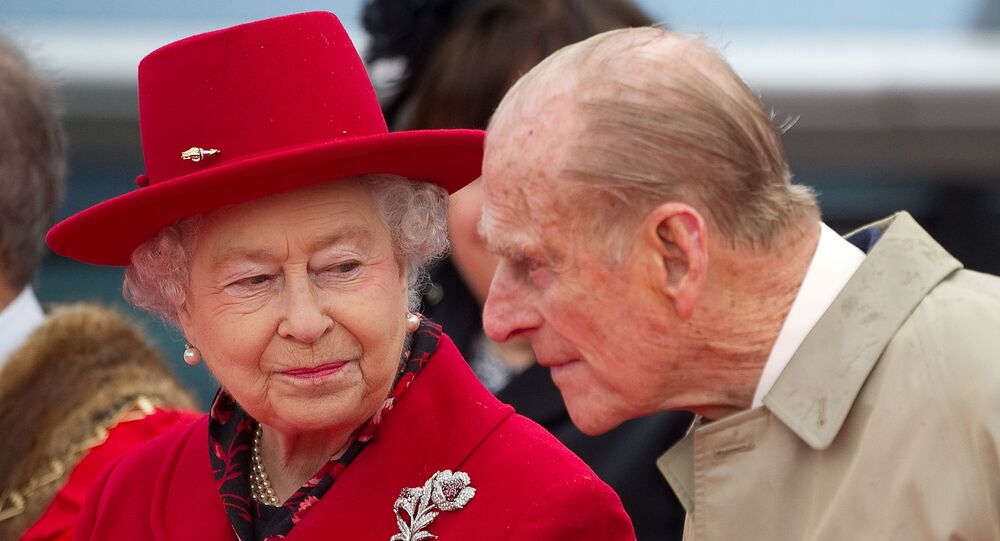 When the Queen Passes Away Draw Final Curtain on Royal Family

The headline attached to the link to an RT America interview I gave this week is certainly provocative: “Let royals die & let Scotland leave!”

The reaction on social media from some quarters has been predictable. Royalists have been sending abusive comments and accusing me of disrespecting the monarchy. On the one hand, the comments are sad because they stink of ignorance emanating from individuals who have clearly not watched the interview but, on the other hand, I am relaxed if the furore draws attention to the fact I have no respect for the royals, the monarchy and the whole decrepit and decaying Empire they represent.

The full twenty eight minute edition of the News with Rick Sanchez show is well worth watching for an alternative and more objective analysis of important world news stories and I would recommend it to those seeking a less manufactured and US/UK spin designed to under-inform and misinform in equal measure. If you only want to watch the segment containing my comments about the royals and Scottish independence you will find them twenty minutes into the show or via the YouTube video complete with the provocative headline.

Meghan Treatment Is Laced With Racism and Rabid British Chauvinism

The overarching point in the midst of the nauseating wall to wall coverage of the Harry and Megan story in every news bulletin and TV show this last week is that the institution of the monarchy and royal family has decayed beyond repair and should be allowed to die completely when the 93 year old Queen passes away.

The multitude of lickspittles and sycophants who have been paraded in front of our screens incessantly to defend the Queen and defy any hint of racism or rabid British nationalism while they verbally assault the ‘outsider’ Meghan and remind us constantly of her ‘mixed race’ background has been gut wrenching. The continual contrast with polite and English Kate and American mixed-race Meghan is the not so subtle chauvinism and racism that underpinned the bloody British Empire’s domination of two thirds of the world’s surface at the end of a bayonet under the auspices of bringing ‘civilisation’ to unruly savages across the globe. The British Empire was built on racism and the inherent belief in entitlement to rule born from the mother of rabid chauvinism. England has just elected the ‘Piccaninnie’ PM and surely the Windrush scandal is not forgotten already?

The different treatment meted out to Kate and Meghan is simply a matter of recorded fact. It has no doubt fuelled the healthy distaste of the British press which Harry has articulated recently. One conversation on the ITV Good Morning Britain ‘Pierced Organ’ show really summed up the farce in splendid technicolour for me when one female royal groveler bemoaned the refusal of Meghan to walk a full pace behind her royal husband on formal occasions unlike the more regal and civilised Kate who knows her place… We are entering a new decade of the 21st century and still apparently well-educated adults think it is acceptable for royal wives to dutifully walk behind their Prince husbands in due deference to their rank in life. The rest of us should remember we are mere subjects and bow and curtsy like the plebs we are.

Without a brass neck in sight the same royal lickspittle sycophants who demand we respect the monarch and its unelected status wax lyrical about democracy when it suits their Brexit agenda. Democracy is all important when it serves the interests of the rich and powerful but forgotten in discussions about the monarchy and ignored when the Scots vote for the right to have a second independence referendum.

The existence of a hereditary monarchy is an offence against equality and human dignity. In Britain’s context it underpins and props up the privilege and patronage which corrupts society from top to bottom. Monarchy and the royal family belong in the dark ages. It has no place in a modern and democratic society. Two of the most powerful arguments which feed and sustain me in my pursuit of an independent Scotland are the removal of nuclear weapons and the building of a modern democratic republic. The arguments around both issues are similar in many respects.

Oppose Monarchy in Principle Not Just On Cost

My opposition to nuclear weapons is rooted in the immoral nature of them. Killing millions of people indiscriminately and destroying the very planet we inhabit in the process is what compels my intransient stand for unilateral nuclear disarmament. The fact they cost so much to build and maintain is merely an incidental but powerful supplementary argument. Over £200 billion invested in schools, hospitals and social housing over the next 30 years rather than immoral weapons of mass destruction is a slam dunk bonus but even if they were cheap and affordable I would still be implacably opposed.

The same cost/benefit argument often enters the fray in relation to the monarchy. My opposition is in principle. No man or woman should inherit power over others by virtue of birth right. Power must always be accountable and subject to democratic curtailment. My late friend and rich source of socialist inspiration, Tony Benn, taught us that the monarchy is no quaint and harmless relic of the past but a living and breathing instrument of power wielded on behalf of the powerful status quo to keep the established order in place. Everything in Britain is done in the name of the monarch and no laws can ever be enacted without their royal assent. Politicians are elected but their power is acutely conditioned by royal prerogatives and allegiance to the crown is obligatory. No MP in Westminster or MSP in Scotland can take their seat regardless of the size of their majority unless they first swear allegiance to the monarch.

Tony Benn Was Compelled To Lie To Serve in Government

Tony explained in his memoirs how he had to lie 18 times in order to serve in Parliament and cabinet such were the number of royal oaths imposed upon him by the unwritten but royalist British constitution. In any democracy worth its salt the people are supremely sovereign.

Monarchy is undemocratic and completely outdated. In the modern context they are also the biggest benefits recipients in Britain. Whenever I hear politicians and pundits wax lyrical about getting tough with ‘benefit scroungers’ I immediately think of the Royal Family and the Sovereign Grant which used to be called the Civil List. The slavish British media are never slow to expose and condemn a family living on benefits while occupying a council house with one too many rooms than they absolutely need and earning some money from casual cash in hand jobs in a hairdressers or on a building site. But don’t you dare suggest that the biggest benefit scroungers are actually those occupying the palaces and stately homes across the UK with a royal patronage receiving handouts by the millions!

How much the royals cost is a heated but ultimately superficial debate to me. Their undemocratic access to and wielding of power is the crux of my opposition. However please don’t believe the hype promoted by the royalist flunkies in the press. Papers constantly bump their gums about how much value for money the royal family really is in relation to tourism and other alleged benefits. It is all mince. Expensively manufactured and cleverly packaged mince but mince nonetheless.

Royals Are Biggest Benefits Scroungers in the UK

Read the stories about the millions generated for Britain’s tourist industry by the royal family and search for a methodology, independent facts and research to back up the headlines. You will search in vain. The source constantly referred to is Brand Finance. It is not independent or reliable. It is a very expensive marketing company paid by the monarchy to promote them, their brand and their value. It is an almighty con.

The public pays around £82 million a year in Sovereign Grant to the Royal Family according to government sources but the real cost to the taxpayer is estimated by others using more extensive research to be £345 million a year and rising. The Royal Family and all their waifs and strays who hang on their coat tails are not value for money at all but an almighty bunch of benefit scroungers living off free accommodation and subsidised travel and food. The Royal Family should be wound up completely when the current Queen pops her clogs. The whole Harry and Meghan show is a distraction from the reality that the Monarchy is an outdated and out of touch institution.

Harry appears to love his wife and child. Great. That is normal. Do the right thing and renounce all the royal pomp, privilege and considerable income that go with the farce. Don’t be part in and part out - just accept the institution is finished. Move every royal scrounger into just the one residence. Let them all stay in Buckingham Palace and take all the other palaces and residences into public ownership. Charge them appropriate rent, council tax and monthly ‘changing of the Guard’ payments. Believe me we won’t notice politically or financially. Let the institution of the royal family die.