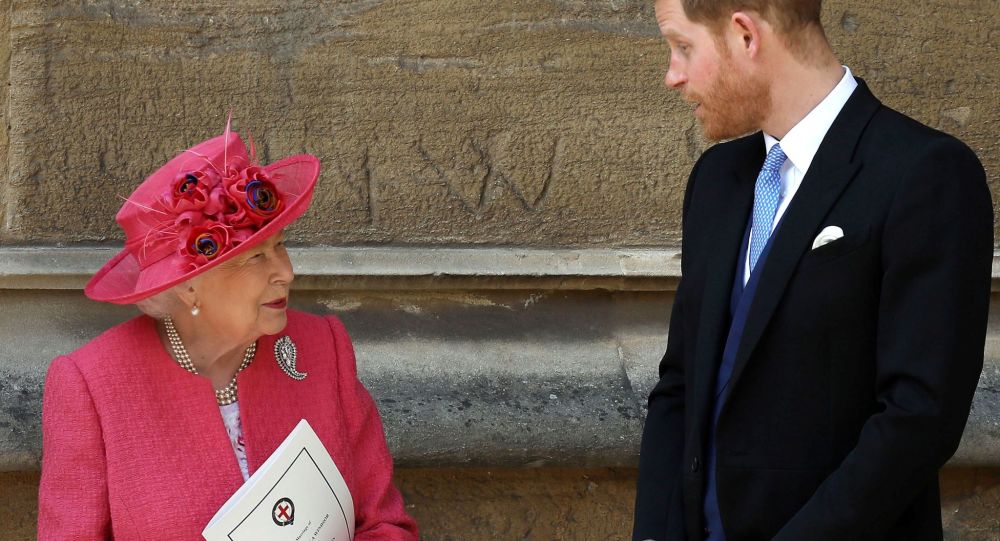 In the absence of a public reaction from the Queen, rumours and scraps of information from Buckingham Palace are all that is available to try and predict the mood of the House of Windsor following Prince Harry and Meghan Markle’s decision to take a back seat from their royal duties.

The Queen has been in dismay over last week’s grand announcement from her grandson, Vanity Fair reports citing royal insiders.

“At the end of the day she is 93 and this has been a genuine shock for her,” revealed a source said to be close to the Queen.

“After everything she has done for Harry she feels monumentally let down. All she has done is accommodate him and Meghan from the start.”

The past two months have marked a tumultuous time for the Windsors: Prince Andrew was forced to step away from public duties over the controversy surrounding his relationship with paedo millionaire Jeffrey Epstein, and Prince Philip, 93, is understood to be largely bed-ridden.

“The family are all very upset at how the Sussexes have behaved, not least because of the impact it has had on the Queen, who has a very frail husband, the whole Andrew problem to deal with and now Harry, who is frankly behaving like a bolshie teenager,” the source was quoted as saying.

“He has dropped a bombshell and left the Queen to pick up the pieces. It has not been great for their relationship. What was once a very warm and jokey grandmother-grandson rapport has dissipated.”

The source claimed that the monarch was “dismayed” by Prince Harry’s attitude and looked “upset by how beastly Harry was being”.

“Their relationship was quite badly damaged by it all.”

The source lamented that the Queen didn’t receive advance notice about the Harry and Meghan’s break-up despite always having being eager to talk things out.

“The Queen is always there to talk about family matters but when it comes to matters of monarchy and the institution it’s not off the cuff. It’s not just a case of popping over for tea to discuss it. Decisions made on things like that have ramifications for three generations going forward, and time was needed to get this right.”

Prince Harry and Meghan Markle have long been rumoured to be feeling side-lined by the monarchy. This, coupled with intense press scrutiny which sometimes resembled that of Princess Diana, prompted them last week to announce that they would scale back their roles as “senior” royals and live part-time in North America.

Harry is expected to talk about Meghan’s future roles in the family at the Queen’s Sandringham estate in Norfolk. Meghan, who is currently in Canada, is expected to take part in the talks via conference call.

The Sussexes have said they won’t abdicate their titles and will retain their residence at Frogmore, as well enjoy security protection and enjoy part of the monarchy’s funding, while looking for sources of “professional” income.

There has been word of Meghan reaching a voiceover deal with Disney and Harry partnering with Oprah Winfrey to produce a documentary on mental health for Apple TV+.