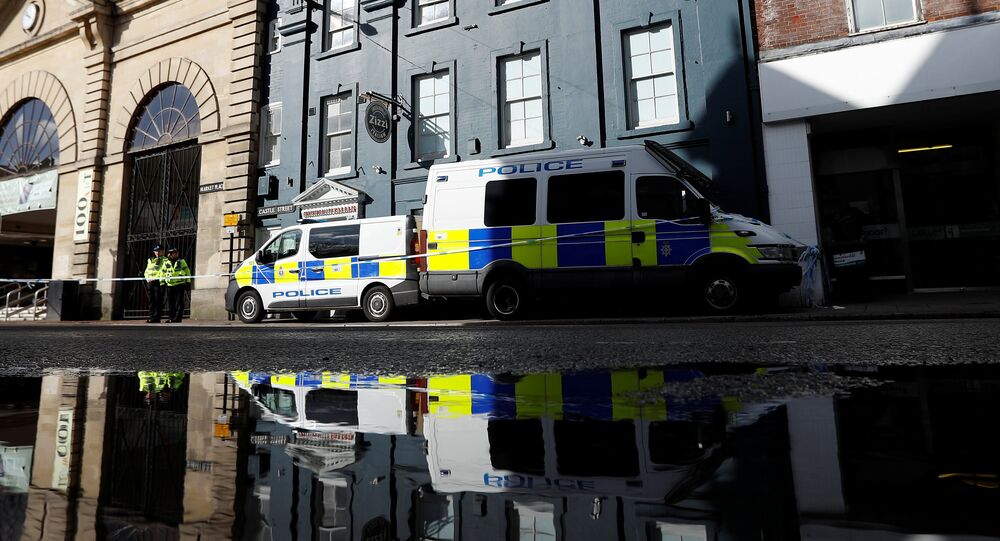 Relations between Britain and Russia have become so toxic now that anyone working with Russian news media is liable to be condemned as a stooge or traitor.

Senior Labour party member John McDonnell, the shadow finance minister, has conceded this week that fellow opposition politicians "may be banned from appearing on Russian news media" following the furore over allegations that Moscow carried out an assassination attempt in Britain last week.

Other reports have called on Britain's state media regulator, Ofcom, to cancel the broadcast license for Russian government-owned news outlet RT. That move is being touted as "appropriate retaliation" for Moscow's alleged involvement in the apparent poison attack on Sergei Skripal and his adult daughter.

The pair have been hospitalized following an incident in their adopted home town of Salisbury on March 4, in which it appears they were exposed to a lethal nerve agent. Disgraced Russian agent Sergei Skripal had been living in the southern England town for the past eight years following his exile to Britain in 2010 as part of a spy exchange.

After much fevered speculation in British media, the Conservative Prime Minister Theresa May followed up this week by telling lawmakers in the House of Commons that "it was highly likely Russia was responsible".

© REUTERS / Peter Nicholls
Russia Destroyed Stocks of Nerve Agent UK Claimed Was Used to Kill Ex-Spy - Senator
The main incriminating factor cited is that the poisonous substance has been supposedly identified by British authorities as "novichok" — a Soviet-made nerve agent, similar to VX and other weaponized organophosphate compounds.

Moscow has categorically denied any involvement in the apparent murder bid on the Skripals. Russia's Foreign Ministry has derided May's parliamentary address as "a circus show".

Let's back up a moment. May's claims of "highly likely" are eerily reminiscent of American and British "high confidence" about weapons of mass destruction allegedly in Iraq and Syria; or American and British "high confidence" about alleged Russian meddling in elections. It seems to be always a case of assertion-without-evidence which is either eventually disproven, as with WMDs in Iraq, or reliant on endless repetition by dutiful news media.

As for the British prime minister's supposed "smoking syringe" implicating Moscow because of an alleged Soviet military-grade nerve agent "novichok", that depends on the word of British military intelligence. How do we know novichok was actually used? It could have been any number of highly-toxic related organophosphate chemicals.

Even if novichok was deployed to injure the Skripals that is far from proof of any Russian connection. We can be sure Britain and other Western states have also developed their own stocks of novichok. How easy it would be to use the chemical as an apparent fingerprint framing the Kremlin, in the same way that the CIA and NSA can leave digital fingerprints framing enemies for seeming cyber-attacks.

© AP Photo / Frank Augstein
Putin on Skripal Case: UK Should Sort It Out Itself, Then We Will Talk
The official British position implicating Russia over the Salisbury poisoning is tenuous, to say the least. But what is astounding is how the British are toxifying relations with Russia based on no objective evidence.

When Labour leader Jeremy Corbyn stood up in parliament this week to reply to Theresa May's speech, he was roundly vilified by Tory lawmakers and sections of the British media because he did not "condemn" Russia over the Salisbury incident.

This is the toxic war-like climate that has been engendered in Britain owing to relentless Russophobia whipped up by politicians and lynch-mob media mentality.

Russia is found "guilty" without any facts, based upon a ludicrous theory of revenge against a has-been spy who had been living undisturbed in England for eight years. We are expected to believe that Moscow would order his assassination with an identifiable Soviet-era chemical weapon on the eve of its own presidential elections.

What's much more plausible is that the British authorities staged the event as a propaganda stunt to frame and further demonize Russia. Theresa May probably hasn't a clue that she is being manipulated by her own secret services, as are other British politicians media.

© REUTERS / Toby Melville
The Skripal Mystery - Supposition Masquerading as Fact
May claims that the latest incident comes "against a backdrop of well-established Russian state aggression". One could far more reasonably argue "a backdrop of British and Western Russophobia".

There are many possible reasons for why British state forces would want to polarize international relations even more than they already are with Russia.

Notably, the poisoning incident has led to calls for greater military build-up by NATO forces on Russia's borders. That's an obvious win for the British military-industrial complex.

Another factor is that Britain seems to be using the latest debacle as a way to further damage European relations with Russia, demanding that Germany and France show "solidarity" by condemning Moscow. This could be related to European energy geopolitics in which London and Washington have a shared interest in sabotaging the soon-to-be-completed Nord Stream 2 gas pipeline from Russia to Europe.

But one other tangible outcome is the way that Russian news media are being targeted with even more venom. On the back of sensational claims that Russia "carried out a brazen attempt to murder innocent civilians on our soil", the climate is now conducive to censoring "Kremlin-backed news organizations" like RT and Sputnik.

This Orwellian-like Russophobia is creating a situation in which anyone working with Russian news media is prone to be labeled traitorous. Former British politicians like George Galloway and Alex Salmond who have gone on to host programs for RT will, we can be sure, be subjected to intense pressure to quit.

A sign of how hysterical the Russophobia has become is a call this week in British media for Manchester United manager José Mourinho to renege on his recent deal with RT as a football pundit during this summer's World Cup tournament.

Russian channels like RT and Sputnik have brought a refreshingly critical perspective to many international events.

When American, British and other European politicians decry "Russian meddling in elections" what they are really vexed about is the Russian news media performing a legitimate and laudable function of properly informing the public. Denigrating Russian media as "Kremlin-sponsored influence campaigns" is a desperate attempt by Western states to shut down critical voices.

The poisoning incident of Sergei Skripal and his daughter is conveniently having a broadside toxic impact on relations with Russia for any number of ulterior objectives for the British authorities.

One objective that seems to be clearly emerging is the way in which the Russophobia is being used to incriminate Russian news media and anyone who might associate with them. That's partly a reflection of how successful Russian news media have become in exposing Western governments' crimes.