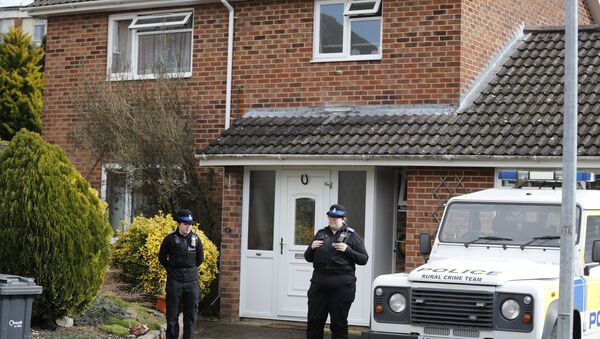 Russian President Vladimir Putin has advised Britain to deal with the poisoning of former GRU colonel Sergei Skripal at home before discussing the incident with Russia.

Asked by a BBC journalist whether Russia was involved in Skripal's suspected poisoning, Putin replied: "You sort it out for yourselves, and then we will discuss this with you."

Journalists accompanied Putin during his visit to National Grain Center in the southern Russian city of Krasnodar. In his response to the BBC, the Russian president stressed that he had come to the region to discuss agriculture.

On Monday, presidential spokesman Dmitry Peskov said that the suspected poisoning of former Russian military intelligence colonel Sergei Skripal was not Russia's issue. "We have not heard statements from British politicians or official representatives that Russia is involved in this case. What we're talking about is 'informational gymnastics' in the British media, which are not always known for their objectivity," he said.

UK MP Claims Skripal Poisoning Looks Like 'State-Sponsored Attempted Murder'
Peskov emphasized that Skripal "had worked for one of the intelligence services of the UK, and that this is in no way, shape or form a matter for the Russian Federation, let alone its leadership."

Russian ex-spy and MI6 double agent Sergei Skripal and his daughter Yulia were found unconscious at a shopping center in Salisbury, Wiltshire on March 5. Police have suspected that they were poisoned using a nerve agent. They remain in hospital in critical condition.

Skripal was convicted of cooperating with MI6 in 2006 and sentenced to 13 years for high treason. In 2010, Russian President Dmitry Medvedev pardoned Skripal as part of a spy swap program with the US, and the ex-spy moved to the UK.

UK Parliament Foreign Affairs Select Committee chairman Tom Tugendhat has said that the Skripal case looks like a "state-sponsored attempted murder," without elaborating. Over the past week, British media have accused Russia of involvement, a claim which Moscow slammed for lack of evidence. Russian Foreign Ministry spokeswoman Maria Zakharova has said that the Skripal case has been used to "further incite an anti-Russian campaign in Western media."