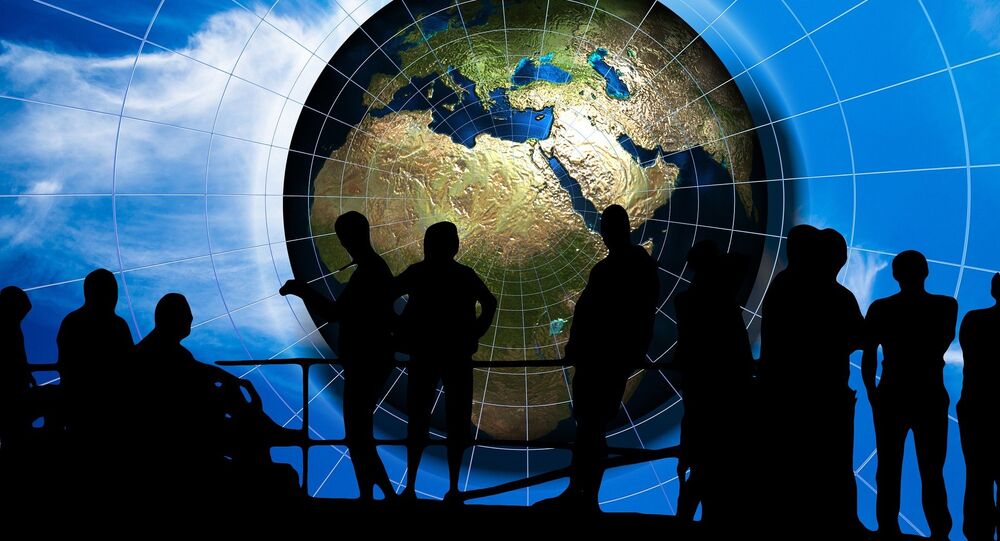 The 2008 financial crash, brought about largely by the greed and recklessness of very wealthy bankers, ought have been a great opportunity for the political left. But instead, as popular opposition to elite-friendly globalization grew, it was the right, and the far-right in particular, which gained ground in countries across the Western hemisphere.

In their brilliant new book, The Rise of the Right, three leading criminologists, Simon Winlow, Steve Hall and James Treadwell, set out to explain the rise of right-wing nationalism in England.

Although the book mainly concerns itself with English society and politics, there's lessons to be learnt for readers in the US and in the rest of Europe too. In fact, I'd go as far to say that if the Western left don't pay heed to what Winlow et al have to say, then it could be curtains forever.

The situation really is that serious.

The basic problem identified by the authors, is that the left, which once put the everyday concerns of working-class people at the very head of its program, has become liberalized. As neo-liberalism became hegemonic, the main parties of the left and their representatives turned their attention away from economic reform and instead begun fighting culture wars. Public ownership and a commitment to genuine egalitarianism was out — identity politics was in. The talk was of "toleration" and not of "exploitation."

"The left lost interest in the traditional field of political economy, and instead opened up new theaters of conflict on the field of culture. Generally speaking, the left accepted the capitalist horizon," Winlow et al explain.

Political life in Britain became sterile as Labour and the Conservatives converged to promote a pro-capitalist, economically and socially liberal agenda. The working-class were excluded from this new, City of London-approved consensus.

In the 2001 general election, faced with a choice between Tweedledum Tony Blair and Tweedledee William Hague, just 59% of people bothered voting. Compare that level of engagement to 1950, when turnout was 83.9%. But back then, the working-class was properly represented.

The authors of The Rise of the Right stress that while "middle-class liberal domination of working-class thought and politics is nothing new" — just think of the role the Fabians played in early Labour Party history — things have got a whole lot worse in the post social-democratic era.

Former carpenter Eric Heffer, who died in 1991, is cited as "one of the last honest and confrontational working-class heavyweights in the Labour Party." The authors mention how the CIA played their part too in destroying the genuine socialist left — as chronicled by H. Wilford's book, The CIA, the British Left and the Cold War: Calling the Tune? which is referenced in chapter three:

"Central to this was the abandonment of class and the turn to language, cultural identity and social movements… The American liberal-progressivist habit of demonizing socialism by placing it in the same breath as fascism was imported into Europe to provide more attractive and subtle support to the conservative right's demonization program."

The CIA got exactly what they wanted.

In the era of hegemonic neo-liberalism, anyone who dares to challenge the liberal-left from a socialist perspective, can expect to be denounced by Establishment gatekeepers as a "Stalinist" or even "far-right." Even advocating a return to the much fairer economic policies of 1945-79 is regarded as beyond the pale.

Back to the 70s? When the gap between the rich and poor in Britain was at its lowest in history, and the country still had a manufacturing base — why, you must be insane! The acceptable parameters of debate have become hopelessly narrowed, with "liberal" media playing a key role in keeping alternative solutions, which would benefit the majority, "off-limits."

"The right-liberal and left-liberal media can be distinguished by their approaches to issues such as welfare, multiculturalism and taxation, but when faced with even the remotest chance of the return of anything like real left politics, they become one voice," the authors declare.

© Photo : Pixabay
The Top Ten Underreported News Stories of 2016
Is it any wonder therefore, that with their voices ignored by those who once claimed to represent them, the British working-class has looked for other options?

The second half of The Rise of the Right includes interviews with working-class men and women who support far-right political groups like the English Defence League (EDL). Here's Steppy, who is 39, on why he doesn't vote Labour:

"Those posh white people… They've taken over the Labour party. They're taking over everywhere. And look what they're doing. First thing they get their mates top jobs. And then their mates get jobs for their mates. Your feminists are cut from the same cloth. They talk about democracy, but there's no democracy. Not in this country…"

Anti-Muslim prejudice was widespread among the interviewees.

Muslims have become a scapegoat for the anger, frustration and alienation that many supporters of the EDL and other far-right groups feel.

Tony, like many interviewees, looks back nostalgically to the Britain of forty years ago:

"Things were better then.. For people like me it was better. We had a right laugh at school and well, everything just seemed to work. There was jobs then. Everyone worked. People stuck together."

Going Back to Square One

Instead of listening to working-class people like Tony, too many political representatives of the "left" prefer to take their cue from "liberal" middle-class media columnists, and focus on issues which said media columnists believe are of the most pressing concern. This has to stop if the rise of the far-right is to be checked.

In chapter eight of their book, the authors argue that the left "must begin from the beginning again":

"For us the left today needs to be returned to the working class. It is the working-class that must win the fight for social and economic justice. Middle-class liberals cannot and will not win it on their behalf."

The authors say that leftists need to acknowledge that what they call "hippy counter-culturalism" was a "colossal error" and then begin to undo some of the damage it caused.

Culture should not be abandoned, but "put back in its sub-dominant place." Economic reform, and in particular ending the dictatorship of finance capital must be the priority. A publicly-owned national investment bank, the re-nationalization of key industries, and the return of jobs — proper, meaningful, well-paid, full-time contracted jobs to areas turned into wastelands has to be right at the top of Labour's agenda.

The rise of the far-right is not inevitable, neither is it irreversible. But the left is doomed unless it campaigns on bread-and-butter working-class issues and makes a clean break with elite-friendly neo-liberalism. If Labour leader Jeremy Corbyn hasn't ordered a copy of The Rise of the Right yet, then I recommend he does so very quickly.

*The Rise of the Right, English Nationalism and the Transformation of Working-Class Politics — Simon Winlow, Steve Hall and James Treadwell, published by Policy Press.