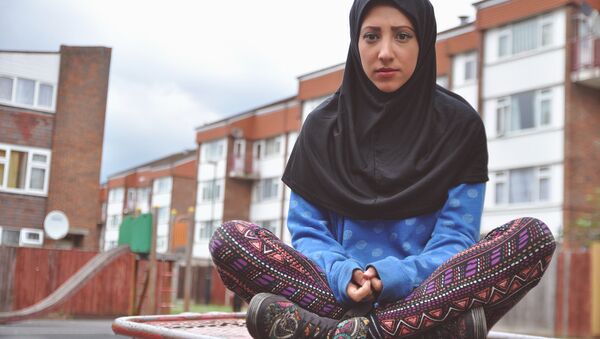 © Darren Johnson / iDJ Photography
Subscribe
International
India
Africa
Data released by the Centre for the Analysis of Social Media at the Demos think tank in Britain, has found significant spikes in the use of anti-Islamic language on Twitter in the immediate aftermath of terrorist attacks in Europe.

Science & Tech
The Prophecy of a Keyboard: Google Predicts Anti-Muslim Hate Crime‏
The tweets were identified as derogatory and anti-Islamic and included references to recent acts of violence, whilst some even attacked entire Muslim communities in the context of terrorism.

Key findings have shown that there were over 200,000 Islamophobic tweets that were sent in July 2016, that averaged at 289 every hour.

Spikes in anti-Islamic language are strongly correlated to current events — particularly acts of terrorism — with the largest number of abusive tweets sent on the day after the Nice attack in France.

Islamophobia on Twitter is increasing month on month — with July the highest rate since Demos' dedicated analysis began in March.

"The largest spike within the month of July was on July 15, the day immediately following the terrorist attack in Nice, France, which saw 21,190 tweets sent of a derogatory nature," a Demos spokesperson told Sputnik.

Even when the attack is not related to a terrorist organization such as Daesh — also known as ISIL — Islamophobic tweets have been sent. On July 8, the day after the shooting of police officers in Dallas, the United States, 11,320 tweets were sent.

The Demos spokesperson said that Islamaphobic tweets have always been high; however, the extent seen in July was extremely high.

"Demos has been analyzing global Twitter activity since March 2016, and in July recorded the highest volume of Islamophobic activity online of any month yet, with over 200,000 anti-Islamic tweets in English."

​Since March 2016, Demos has found an average of 4,972 Islamophobic tweets are sent per day. In the wake of an Daesh attack in Brussels, a particularly high volume was recorded in March. This rate dropped sharply between March and April but has increased month-on month since, with July having the highest rate of any month analyzed.

Demos were also able to geo-locate many of the tweets collected and found the Islamophobic ones were originating from every EU member state. As only tweets in English were recorded, the majority were traced to English-speaking countries. Apart from the UK, significant concentrations were identified in the Netherlands, France and Germany.