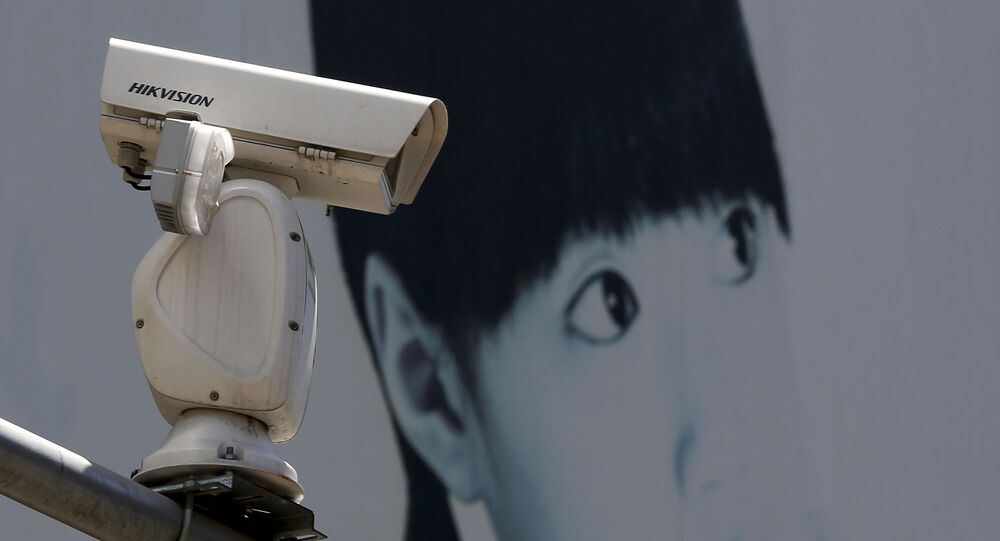 The hoped-for warming of China-US ties under Donald Trump’s successor has not come to pass, with President Biden doubling down on efforts to pressure Beijing militarily, economically and politically. On Friday, China lashed out at the US over tech license restrictions, saying America was showing it “isn’t a reliable country that is to be trusted”.

Washington has ramped up its pressure against China’s tech sector, with the Federal Communications Commission listing five major Chinese companies as a “threat to US national security.”

“This list provides meaningful guidance that will ensure that as next-generation networks are built across the country, they do not repeat the mistakes of the past or use equipment or services that will pose a threat to US national security or the security and safety of Americans,” acting FCC chairwoman Jessica Rosenworcel said in a statement.

The designation was made Friday on the basis of a 2019 security law ostensibly aimed at protecting the integrity of US communications networks, with Huawei, ZTE and Hikvision blacklisted the same year, restricting US tech companies’ ability to do business with them. Regulations under a separate 2020 law already bar US government agencies from buying equipment or services from the above-mentioned firms.

Officials and lawmakers from both of the US’s major parties have repeatedly accused China of using its technology hardware and software to spy on or otherwise compromise the information security of Americans, including via the packing of hidden chips or lines of code into Chinese-made products.

Chinese officials and firms have vocally denied these allegations, repeatedly urging the US side to provide evidence, and charging Washington with trying to use ‘national security concerns’ as a pretext to engage in unfair competition to squeeze Chinese companies out of markets. Along with the restrictions in the US, Washington has also aggressively lobbied its allies to avoid purchasing Chinese technology for 5G telecommunications infrastructure, and threatened European firms with penalties for doing business with China, in contravention of US law.

Hikvision blasted the FCC’s Friday decision, with a spokesperson saying that the company “does not belong on a list for next-generation networks,” and noting that the firm was “weighing all options on how to best address this unsubstantiated allegation”. Other companies which were named did not comment. Some, including Huawei and ZTE, have filed lawsuits in US courts to attempt to challenge the various restrictions imposed and to clear themselves of any wrongdoing.

© CC BY 3.0 / Anagoria / Aerial view of Urumqi, Xinjiang Province, PR China
China Rebuts US Charge of Xinjiang 'Genocide' By Saying 95% of Native Americans Were Wiped Out
Initial hopes by Beijing that the Biden administration would take a softer line than its brash Republican predecessors have been dashed amid a rash of statements and policy decisions by Washington which have escalated the China-US conflict across virtually every sector, from economics and trade to geopolitical tensions and US criticism of Chinese domestic policy in Hong Kong and Xinjiang.

Last week, the White House formally outlined its thinking on China in a 24-page policy document where Beijing was characterised as “the only competitor potentially capable of combining its economic, diplomatic, military and technological power to mount a sustained challenge to a stable and international system.”

In some areas, the Biden administration has even gone beyond Trump, who launched a multi-trillion dollar trade war with China in 2018 and blamed it for sparking the global coronavirus pandemic. On Saturday, Taiwanese media reported that Secretary of State Antony Blinken used the word "country” to refer to Taiwan at a congressional hearing, breaking an unwritten rule to avoid using the term to refer to the island, which Beijing considers a breakaway province. Last week, Beijing urged Biden to “fully understand the high sensitivity of the Taiwan issue” and to abandon “dangerous practices of crossing the line and playing with fire”.

© Photo : US Navy / Mass Communication Specialist 3rd Class Jason Waite
Biden Sends Missile-Armed Warship Into Taiwan Strait After Admiral Claims Beijing May Invade Island
Blinken, Biden National Security Advisor Jake Sullivan and senior Chinese officials including Foreign Minister Wang Yi are expected to meet in Alaska next week for formal talks on “a range of issues”. Last week, Blinken told lawmakers that the meeting would be an opportunity for the US side “to lay out in very frank terms the many concerns we have with Beijing’s actions and behaviour that are challenging the security, prosperity and values of the United States and our allies”.
...
Reddit
Google+
Blogger
Pinterest
StumbleUpon
Telegram
WhatsApp
575

Critics May Rage But They Are Powerless to Stop Major EU-China Investment Deal, Author Says