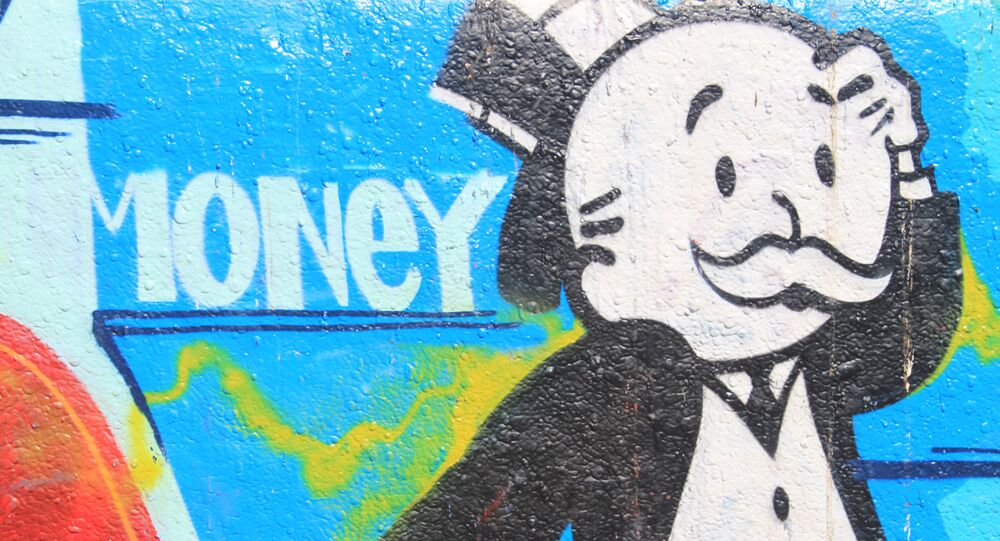 Last week, the UN predicted that the world economy would shrink by at least 3.2 percent in 2020, with hundreds of millions of people facing job loss and nations’ output slashed by up to $8.5 trillion in next two years, wiping out gains made over the last four years. Still, for some, where there’s a crisis, there’s a profit to be made.

As the world continues to face the grim social and economic realitities of a coronavirus-ridden world, and the US alone faces a staggering 39 million lost jobs since March, a select few group of billionaires has managed not only to keep their heads above water, but take advantage of bearish market conditions to add billions to their fortunes.

Among these fortunate few is famed investor Warren Buffett, whose Berkshire Hathaway conglomerate holding company sold a whopping 84 percent of its stake in Goldman Sachs last quarter, earning $3 billion+ in cash, 12 years after investing in the bank to help bail it out during the 2008 financial crisis. The earnings included $1.2 billion in dividends, plus over $1.4 billion from the stock selloff.

George Soros, the US Hungarian-born financier with a penchant for meddling in the affairs of foreign nations going to back to the 1980s, made some bold market moves of his own in the past couple of months, purchasing a $5 million stake in Disney, and increasing his investment in US exercise equipment and media company Peloton by more than ten-fold, to $79 million, while continuing to build shares in real estate investment trust AGNC by 22 percent, with total holdings now worth $21 million. During the same period, Soros added 1.7 million shares to his holdings of Alberta-based energy company Cenovus Energy (with total shares now worth $7 million+, and NiSource, Inc, a gas and electricity holding company operating across seven US states, with total investments of over $6.7 million. Overall, the string of share buys is expected to net Soros Fund Management between 3 and 11.5 percent dividends in the coming months, not a bad deal considering most of the world’s central banks have switched to sub-zero bond rates in recent months. In addition to the above-mentioned operations, Soros’ hedge fund has also been busy buying, selling, adding, dumping, and researching dozens more companies in operations worth hundreds of millions of dollars during the first quarter of 2020.

Then there’s Jeff Bezos, founder and CEO of Amazon, already the wealthiest man alive, who has reportedly added another $25 billion to his fortune since the start of 2020 as coronavirus lockdowns have led millions of Americans to turn to Amazon for entertainment and sustenance, and the stock price of his company to grow accordingly. Amid skyrocketing revenues of $75.5 billion in Q1 2020 (up from $59.7 billion a year earlier), business media have been speculating that, if current trends continue, Bezos could become the world’s first trillionaire sometime in the next decade. So fantastical is Bezos’ Midas touch of profit-making that even his ex-wife MacKenzie Bezos, who became the third richest woman in the world after divorcing him in 2019 with a $35 billion settlement, that her wealth too has reportedly grown by $8.6 billion over the past four months alone.

Elon Musk, the eccentric Tesla and SpaceX CEO and tech billionaire who has intrigued netizens in recent weeks with obscure tweets casting doubt about the seriousness of the coronavirus pandemic, accusing governments of ‘fascist’ restrictions and suggesting that the stock price of his own company is “too high,” has nevertheless managed to stay in the black, netting some $5 billion in new wealth, also mostly through stock gains, even as he promised to sell off all his real estate and almost all of his physical possessions to devote time to loftier goals including Mars exploration.

Who Will Be the Next Multibillionaire? As the coronavirus crisis continues to wreak havoc on global health care systems and the world economy, biotech companies around the world are rushing to develop a safe, effective coronavirus vaccine. On Wednesday, Kalorama Information, a New York-based market analytics firm, estimates that there are over 75 vaccine candidates around the world, five of them already undergoing clinical trials. Needless to say, whoever wins the ‘race’ to the vaccine will have the best chance of raking in the big bucks, as governments will begin buying up billions of doses for immunization programmes. Kalorama says based on previous experience with influenza vaccines, which generated $5.2 billion in revenues in 2018, COVID-19 could generate between $8 billion and $10 billion dollars in demand in the first full year of implementation alone. Among the major candidates are CanSino Biologics, a Chinese vaccine company already engaged in human trials, US biotech company Moderna, Inovio Pharmaceuticals (the company supported by the Bill and Melinda Gates Foundation), and the Shenzhen Geno-Immune Medical Institute, another Chinese entity which is working on two separate coronavirus-related vaccine preparations.

Goodbye Billionaires - Why Amazon Should Become a Public Utility