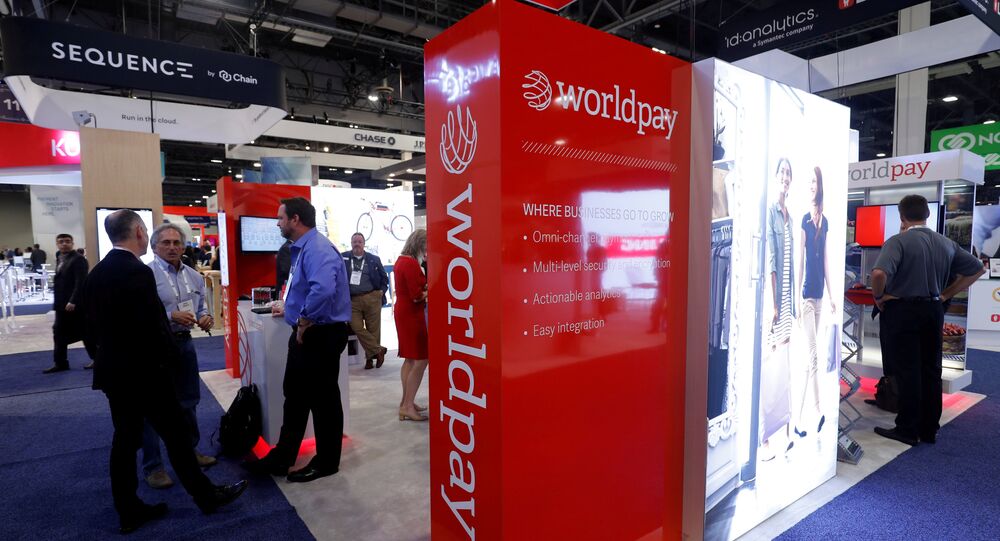 The British fintech firm is the latest UK company to be bought out by foreign firm, following Costa Coffee, SodaStream, and Sky, among others.

UK fintech firm WorldPay, a payment processing company formerly owned by the Royal Bank of Scotland, was bought out by US fintech giant Fidelity National Information Services (FIS) for roughly £32bn ($43bn), or £26.5bn ($35bn) plus WorldPay's debt, the companies announced on Monday.

The European Commission approved the sell-off in 2010, forcing RBS to sell WorldPay and other companies overseas in order to secure state aid from the bank. Since then, the fintech company has enjoyed skyrocketing value as shoppers turned to credit cards and online payment systems.

What Was in the Deal?

WorldPay said in a Monday press release that the combined company would combine roughly $16.3bn ($12.3bn) in revenue in 2018, with FIS forecasting growth between six to nine percent up to 2021 and $500m in anticipated revenues.  FIS chairman Gary Norcross will remain chairman of the board of directors, president and CEO of the new company, with WorldPay executive chairman and CEO Charles Drucker becoming executive vice-chairman.

"Scale matters in our rapidly changing industry," Mr. Norcross said in a press statement. "I have never been more excited about the future of FIS."

This is not the first time that a UK firm has been sold abroad, with major UK firms Costa Coffee, London Pride, and others being acquired by foreign companies.  UK drink company Costa Coffee was purchased by US food and beverage monolith Coca-Cola in August last year for £3.9bn ($5.1bn) in order to help the franchise pay off its company debt and contribute to pension fund schemes, as well as to help Costa focus on its UK and German markets for its Premier Inn hotel chain.