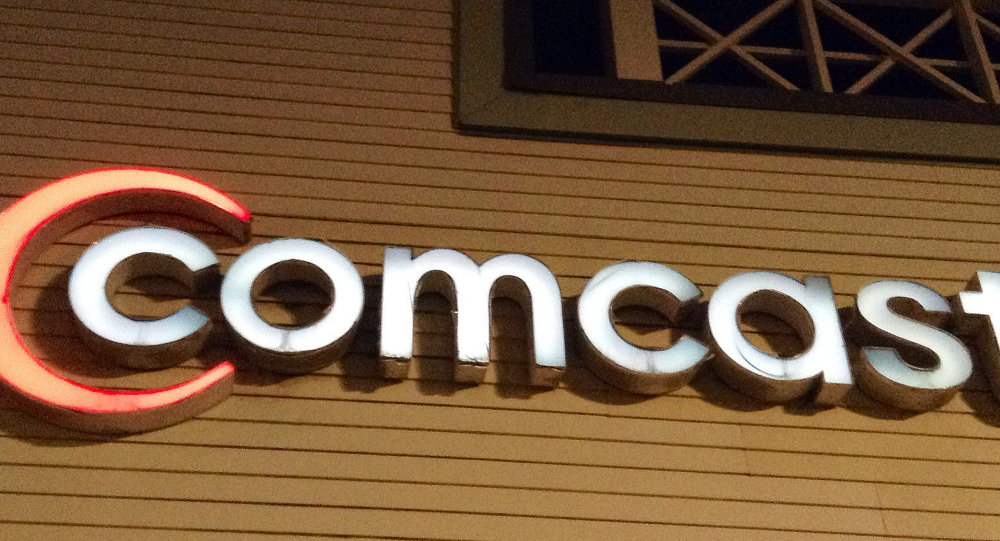 A massive US multinational has taken over one of Britain's largest broadcasting companies, signalling a new era of American rule over British media. The most recent buyout follows a history of mergers and acquisitions between US and British news and media companies.

Australian media kingpin Rupert Murdoch, who owns 21st Century Fox, owns a 39 percent stake in Sky. However, Fox will sell those shares to Walt Disney due to a separate agreement.

Fox unsuccessfully bid for Sky with a 15.67 pound per share offer last weekend and conceded defeat to Comcast, who placed a "materially superior" bid, Sky's independent directors said. The takeover, one of Britain's largest acquisitions, raises eyebrows about US ownership of British media.

UK Media, By the Numbers

It noted that Sky News is "by far the biggest broadcaster," with Murdoch controlling 39 percent of the company.

Justin Schlosberg, former Media Reform Coalition chairman and coordinating committee member, told Sputnik that the Comcast victory was "bittersweet", but assured that the media giant would not act within the British public's interest.

"The Comcast acquisition will directly impact journalism broadcasts," he stated. "We challenged the 21 Century Fox merger and felt very strongly about the Murdoch family takeover. To the extent that this hasn't happened, it will end up in the hands of Comcast instead."

"It is a bittersweet win that Murdoch will not become a major player in UK news," he continued.

"We don't necessarily have faith that Comcast will deliver what we consider ‘journalism in the public interest'," Schlosberg stated, adding that Comcast was purely a ‘for-profit' media corporation which was not expected to carry the same high journalistic standards as public service broadcasters.

The Scope of US Presence in British Media

At the 2014 MacTaggart Film Festival, Channel 4 CEO David Abraham also cautioned against US mergers during his keynote speech. "This creativity risked being sacrificed for profit," he stated.

Read the stories, but not seen the speech? Catch up on David Abraham's MacTaggart lecture in full on our @YouTube: http://t.co/SrXJNHlAJj

US multinational Liberty Global, the world's largest international TV and broadband company, is headquartered in London and purchased Virgin Media for $23.3 billion in 2013.

Liberty Media Corporation, a Liberty Global subsidiary, also acquired European racing organization Formula 1 for $8 billion in September 2016, by buying the organization with an initial minority stake of 18.7 percent or $746 million, followed by 100 percent stake after the deal's completion.

British businessman Bernie Ecclestone chaired Formula One for 40 years, with Chase Carey of 21st Century Fox stepping in as company chairman. US billionaire John Malone claimed a minority stake in the company, the BBC reported in 2016.

Despite being hailed as one of the biggest deals in sports history, detractors criticized the move for taking away profits from the sport, which saw plummeting ratings in recent times. The new American owners should cater to a sport primarily enjoyed by Europeans, in addition to rising teams' costs and circuits, BBC sports editor Dan Roan said.