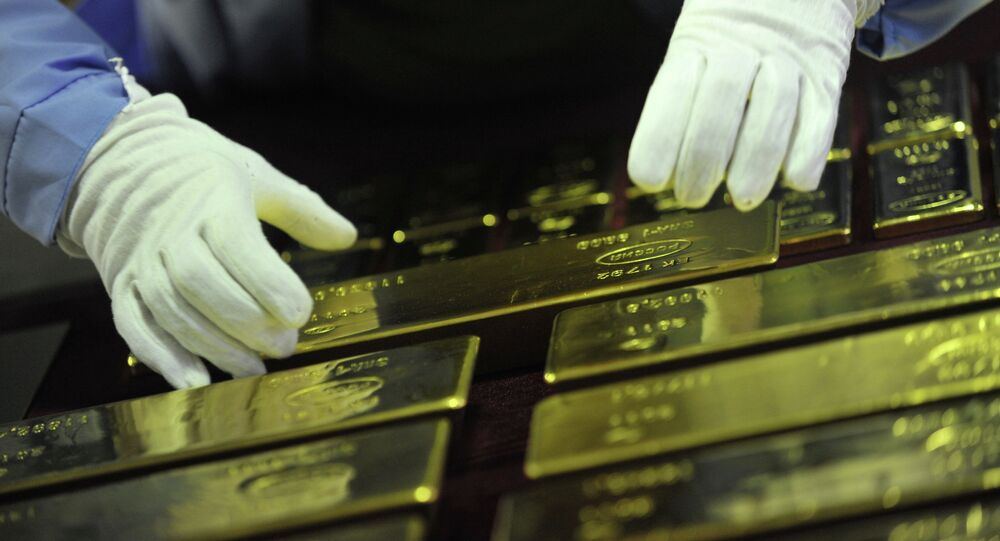 Golden Rush-Out: Turkey Extracts Its Bullion Reserves From US

The total volume of the Turkish Central Bank's gold reserves, which were stored in the United States, stood at 220 tons; last month, Turkey's gold reserves were worth about 25.3 billion dollars.

Local media cited government sources as saying that the Central Bank of the Republic of Turkey (CBRT) has transferred its gold reserves from the US Federal Reserve System to Ankara.

In March 2018, the CBRT's gold reserves were worth 25.3 billion dollars; 220 tons of Turkish gold was stored in the US, according to the sources.

The largest private Turkish banks also withdrew their gold reserves from abroad, responding to President Recep Tayyip Erdogan's call "to get rid of exchange rate's pressure and to use gold against the dollar."

In particular, the Halk Bankasi bank transferred 29 tons of gold to Turkey, according to the Turkish newspaper Milliyet.

Relations between Turkey and the US have become aggravated against the backdrop of Washington's support for the Kurdish People's Protection Units (YPG) in Syria, seen by Ankara as a terrorist group linked to Kurdistan Workers' Party (PKK) also blacklisted by Turkish government as a terrorist organization. The US military, for its part, cites the necessity to combat Daesh.*

© REUTERS / Umit Bektas
Turkish Foreign Minister Says Ankara at Critical Stage in Ties With Washington
Additionally, the White House had threatened Ankara with sanctions if Turkey goes ahead with its plans to purchase the S-400 missile defense systems from Russia.

Earlier, Erdogan said at a joint press conference with Russian President Vladimir Putin that Ankara and Moscow had reached an agreement on the S-400 supplies and that the issue was closed.

The US-led coalition has been launching airstrikes on Daesh positions in Syria since 2014, in a mission that was approved neither Damascus nor the UN.