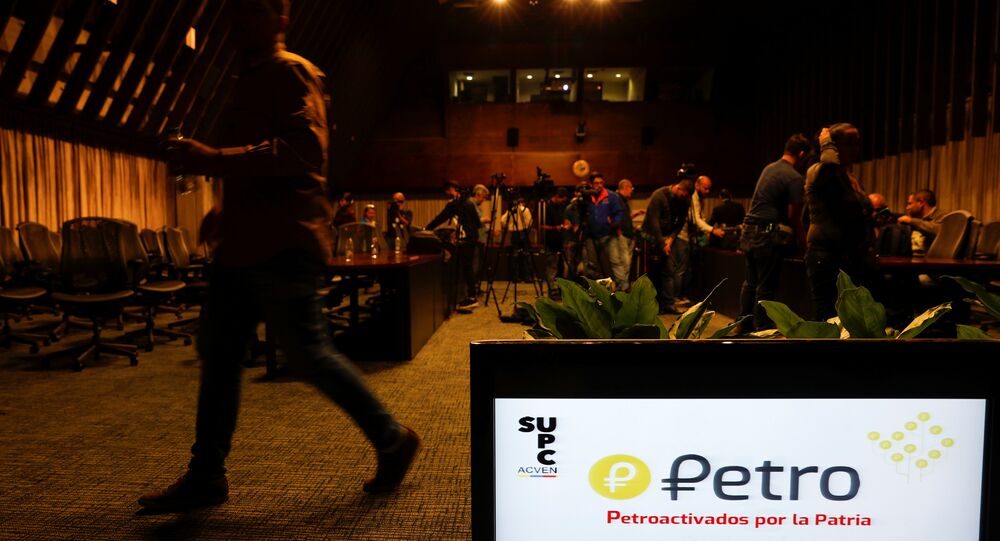 Venezuela may soon pioneer the launch of its own Ethereum-based token with an initial coin offering. The authorities project it will be indirectly connected to national ID cards, owned by some 15 million citizens – a move that some take with a pinch of salt.

The so-called Petro token pre-sale is due to start on February 20 according to the released white paper,  with the fundraising effort expected to yield as much as $5 billion.

The opposition, which staged multiple anti-government protests just last month, sees the move as the latest in a string of ploys by the authorities, reportedly seeking to illegally enrich themselves in the ubiquitous cryptocurrency fever, by getting advance digital currency tranches on coming oil deals. The price of Petro will be pegged to the value of Venezuela’s oil per barrel – roughly $60, as of early January.

If you speak Spanish, here’s the white paper for the new Venezuelan #crypto currency, the #Petro. #venezuela. https://t.co/chjEGOiRVG

It’s unclear, however, in what way, technically, Petro tokens will correspond to real oil reserves:

"It is not really backed by oil," Eduardo Gómez, a bitcoin veteran and employee at the global cryptocurrency startup Purse, told International Business Times. "The regular Venezuelan won't be able to buy El Petro because the government won't allow them to buy it with bolivars…The high-ranking officials' goal is to enrich themselves with bitcoin."

Just got off the phone to president Maduro of Venezuela.

He’s happy for us to participate in the $PETRO Pre sale this Feb 20!

Tokens are supposed to be traded for Petros as soon as those go on sale. The latter will be accepted as tax or public services payments, pouring, for the most part, into the government’s "Sovereign fund", while the rest will be allocated for technology upgrades.

Notably, poor Internet connection along with endemic corruption are largely seen as the main roadblocks in the way of cryptocurrency mining development, pointed out Gabriela Andrade, financial markets specialist at the Inter-American Development Bank.

Maduro: "Venezuela's new cryptocurrency, the petro, will be backed by our oil reserves."

Me: "So I can redeem my petros for a correspoding percentage of your oil reserves"

Me: "So you're just printing fiat again?"

Digital currency advances are hoped to ease the ongoing Venezuelan economic crunch, which appeared after the so-called "golden decade" of Hugo Chavez’ socialism, succeeded by Nicolás Maduro, widely unpopular in the Latin American country, with many complaining about corruption and deficient oil economy and citing citizens' generally low trust in traditional national banking.

© CC0
EXCLUSIVE: Cryptocurrencies No Bubble, But Set to Trade Down - Bitcoin Foundation
In addition, the Petro initiative has a political aspect to it, Motherboard wrote.

The white paper presents the currency as a way to further move Venezuela out of the pervasive US financial control. "Its antecedents go back to proposals of financial and monetary coordination before the hegemony of the US dollar," the white paper states, "which resurfaced after the financial crisis of late of the last decade."