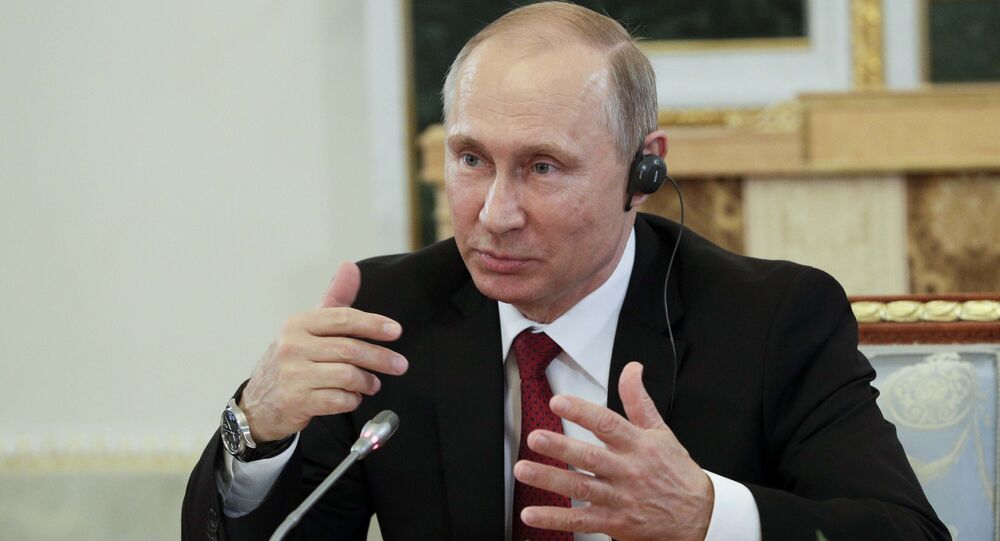 None of the foreign companies operating in Russia have withdrawn from the country despite political and economic difficulties over recent years, Russian President Vladimir Putin at the St. Petersburg International Economic Forum (SPIEF) on Thursday.

ST. PETERSBURG (Sputnik) – The Russian economy entered a difficult period in 2014 amid the slump in oil prices and Western sanctions imposed over Russia's alleged meddling in the Ukrainian conflict, which Moscow has repeatedly refuted. The economy began to recover in 2016, reaching positive growth rates in the last quarter of the year. The Russian Economic Development Ministry expects growth of around 2 percent this year.

“Regardless of all political difficulties none of the German companies, as well as none of the companies from our other foreign partners, have left the Russian market. All of them work despite political and economic difficulties, the slump in Russian industry, the fall in GDP, the decline in real per capita incomes, reduced demand, all of them still work, and on behalf of the state we strive to support them, this constructive work continues," Putin said.

German-Russian trade is now recovering rapidly with the growth of 40 percent seen in the first quarter of 2017, Putin stressed, noting that Russia and Germany were successfully implementing projects where up to 70 percent of operations were localized inside Russia.

SPIEF, which kicked off its 3-day run earlier in the day, is a key global platform for communication between business representatives and discussion of crucial economic issues that the world faces. The Sputnik news agency is an official media partner of the forum.