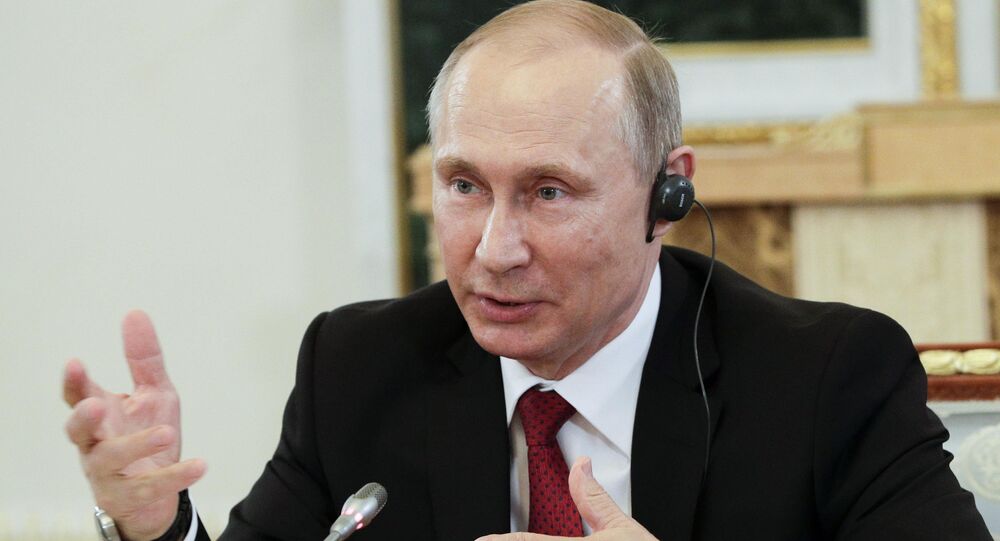 The prevalence of Russophobia in certain countries is explained by the establishment of a multipolar world disliked by hegemons on the world stage, Russian President Vladimir Putin said Thursday.

STRELNYA (Russia), (Sputnik) — He spoke at a summit of heads of international news agencies as part of the St. Petersburg International Economic Forum (SPIEF).

"It is obvious. It lashes right over the edge from countries. What is the reason for this? In my opinion, this is due to the fact that a multipolar world is being established. This is not to the liking of monopolists," Putin said.

For over six months now, since Donald Trump was elected US president on November 8, the US media and much of the other Western media too, have been dominated by claims that Russia "hacked American democracy" to get Trump into the White House.

Not one shred of evidence has been presented to support these lurid claims, which have mutated to also include allegations of Russia hacking into the French and other European elections. It's all based on speculation, usually by politicians, think-tanks and unscrupulous journalists linked to unelected state intelligence agencies.

The president also said that attempts to contain Russia were fruitless.

"Some time ago, our partners in individual countries or groups of countries began to try to contain Russia, to contain its legitimate desire to ensure its national interests," Putin said.

He named economic restrictions as one example of attempts to contain Russia, which he described as "actions that do not fit into the framework of international law."

"Now they see that this does not work, the effect is zero," Putin stressed.

The Russian President expressed hope that Russophobic tendencies will not continue for long because it is counterproductive and harmful for all.

Putin noted that the awareness of Russophobia's counterproductivity is dawning on the country's partners.

"We clearly see certain changes in the situation, and for the better at that. I hope that this trend will continue," Putin said.