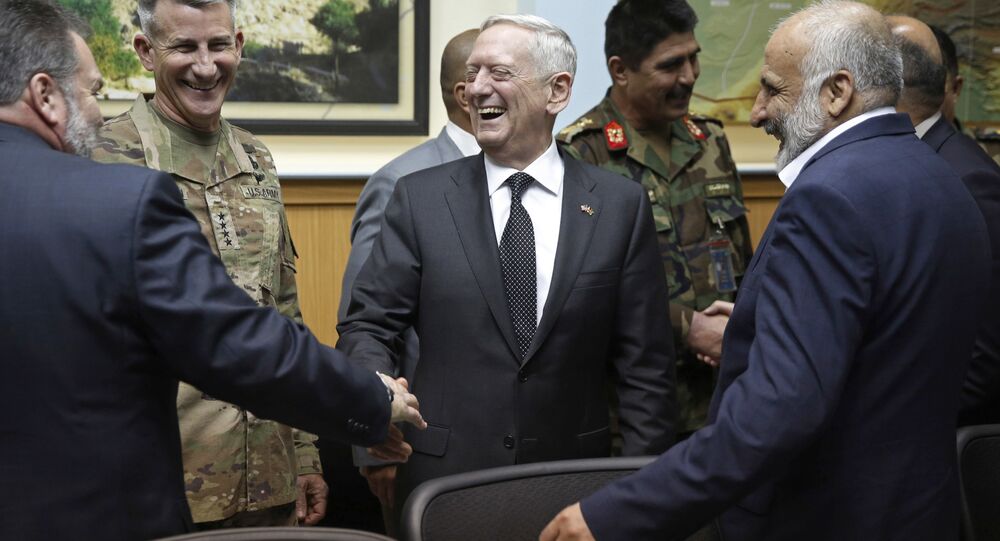 In what has become the longest-running military conflict in the history of the United States, the 16-year ongoing US war in Afghanistan is now marking an alarming rise in casualties, as the Trump administration removes checks and balances previously placed on the Pentagon.

Just weeks after the US dropped the largest non-nuclear weapon in its arsenal on Afghanistan, civilian deaths were reported to have risen to an unprecedented 11,418 in 2016, the highest number since record keeping began in 2009, according to the most recent quarterly report from the Special Inspector General for Afghanistan Reconstruction (SIGAR).

The Afghan National Army, according to SIGAR, trained and logistically supported by the Pentagon, has been recorded as suffering the highest number of casualties, severely limiting the ability of what is currently considered to be an already weakened force to gain control of Afghanistan, as reported by the Washington Free Beacon.

Attacks by rebel groups in the region, including the Taliban, have in the past year reached their highest levels since record keeping began in 2007, as reported by SIGAR.

"A dangerous and stubborn insurgency controls or exerts influence over areas holding about a third of the Afghan population," SIGAR stated, according to the Free Beacon.

Describing the US war in Afghanistan as an unwinnable "stalemate," US General John W. Nicholson warned in February that heavy casualties among US-trained forces in the country will continue.

Coinciding with the general's statement, the SIGAR report notes that "Fighting insurgents and mentoring and supporting Afghan security forces since 2002 has cost more than 2,400 American military members their lives, and has left more than 20,000 wounded. Additional thousands of Coalition personnel and contractors have also died during the conflict."

"Afghan losses have been the greatest of all: more than twice as many [Afghan] members were killed in the single year of 2016 than US forces in Afghanistan have lost since 2001," according to SIGAR.

The numbers coincide with increasingly frequent demands for additional troops by the Pentagon, as well as a rising monetary investment by America's military in the country, a figure already reportedly approaching a trillion dollars.

Over the past year alone, the US has spent at least $48 million of taxpayer dollars to give ammunition to the Afghan National Army. An astonishing $32.3 billion has been given away by the US to date to run infrastructure repair and improvements, as well as to provide what is loosely termed "economic development" in the war-torn country.

The United States has spent over $11 billion on additional weaponry, including communications equipment, attack and surveillance aircraft, and various vehicles for the floundering Afghan Army.

Given the sheer size of the US war budget in Afghanistan, it is not surprising that widespread corruption has taken root.

Ongoing and increasing investigations into US contractors and military officials have seen three criminal charges, two convictions, one sentencing, and a civil settlement of $40 million in just the past three months, according to the Free Beacon.

As the Taliban is seen to freely exercise control over most key territories in the ravaged nation, reports indicate that as long as Washington continues to wage war in Afghanistan, monies urgently needed to support popular US social programs and rebuild America's weakening infrastructure will continue to be unavailable.