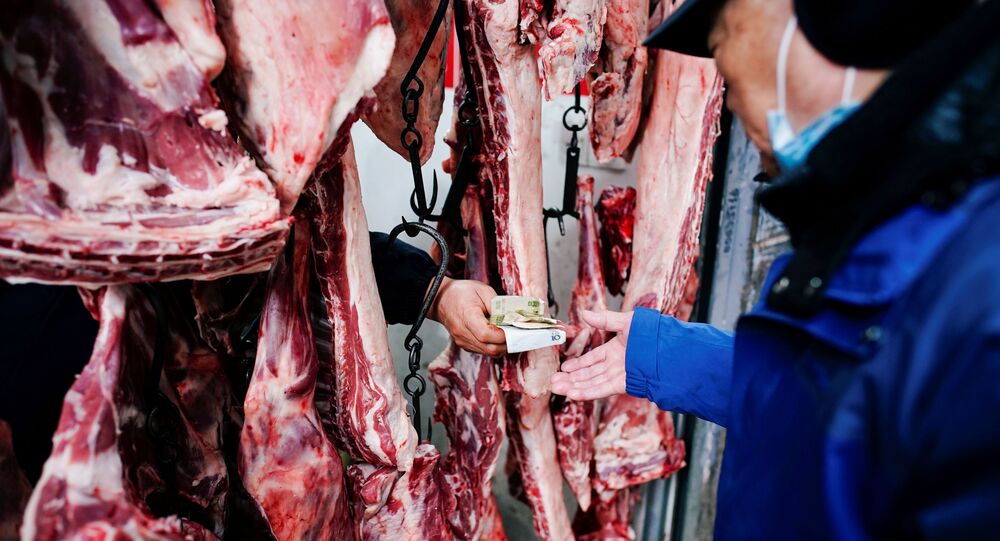 Since the first clusters of the novel coronavirus were detected in Wuhan in December 2019, China reported more than 89,000 cases and 4,600 deaths.

An international team from the World Health Organisation tasked with investigating the origins of the coronavirus pandemic has visited a food market in the Chinese city of Wuhan.

The team was seen walking through sections of the Baishazhou market, one of the largest wet markets in Wuhan, which is known to have been a food distribution centre for the city during the lockdown last year.

On Saturday, the team visited Jinyintan hospital, where the first COVID-19 patients were treated. WHO team member and virologist Marion Koopmans said they got "stories quite similar to what I have heard from our ICU doctors".

Just back from visit at Jinyintan hospital, that specialised in infectious diseases and was designated for treatment of the first cases in Wuhan. Stories quite similar to what I have heard from our ICU doctors.

​The WHO team arrived in Wuhan on January 14 on a mission to investigate the origins of COVID-19, as the Chinese city was the world's first epicentre, where a cluster of novel coronavirus cases emerged in December 2019.

However, they had to go through a 14-day quarantine in designated hotels after arriving in Wuhan, as all overseas travellers arriving in China are now required to comply with such COVID-19 containment measures. On Thursday, the team completed the quarantine and began the mission. On Friday, the team has for the first time met with Chinese scientists in Wuhan.

In late 2019, the city of Wuhan, with a population of approximately 12 million, situated in China’s Hubei province became the epicenter of a massive coronavirus pandemic that has claimed at least 2 million lives around the world.

According to WHO “All hypotheses are on the table”, while the team is working to understand the origins of the virus.

All hypotheses are on the table as the team follows the science in their work to understand the origins of the #COVID19 virus. The team will have their first face-to-face meeting with Chinese scientists on Friday and then begin field visits in and around Wuhan, #China.

​Despite a lack of clarity, the US and China have been arguing about the origins of COVID-19 for nearly a year. Washington and its allies claimed that the virus may have escaped from the bio-lab in Wuhan, while Beijing pointing back by suggesting the US Army may have spread the virus in the city during the 2019 Military World Games.