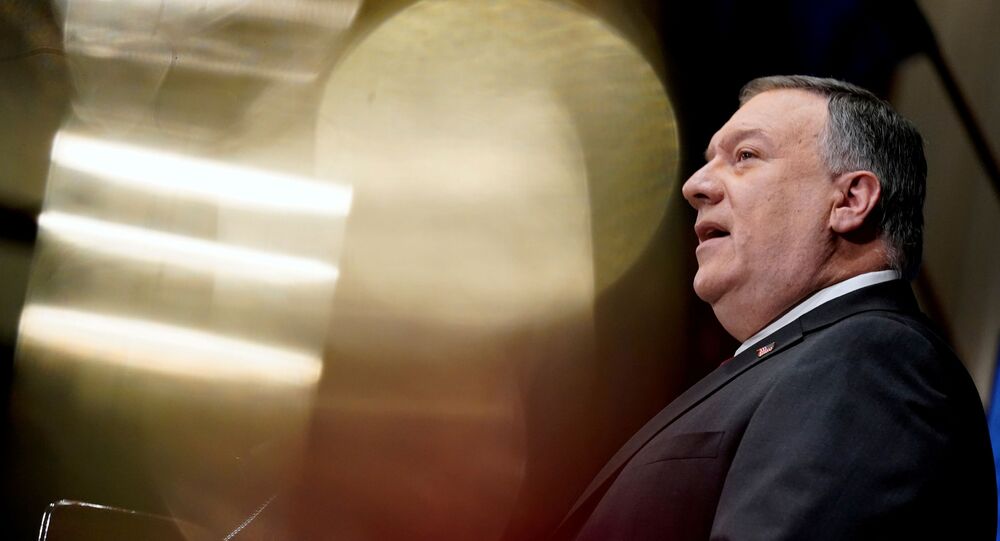 WASHINGTON (Sputnik) – US Secretary of State Mike Pompeo claimed that the origin of the COVID-19 coronavirus may be linked to activities of Chinese laboratories in the city of Wuhan.

Earlier this week, an international team of experts with the World Health Organization (WHO) arrived in Wuhan to study the origin of the pandemic. Amid this visit, the US Department of State shared data about the pandemic in hopes that WHO would press Beijing for more information about the deadly virus.

“The United States government has reason to believe that several researchers inside the WIV [Wuhan Institute of Virology] became sick in autumn 2019, before the first identified case of the outbreak, with symptoms consistent with both COVID-19 and common seasonal illnesses. This raises questions about the credibility of WIV senior researcher Shi Zhengli’s public claim that there was ‘zero infection’ among the WIV’s staff and students of SARS-CoV-2 or SARS-related viruses,” Pompeo said on late Friday.

The outgoing US secretary of state noted that WIV had been in the process of researching bat coronavirus RaTG13, which is reportedly 96.2-percent similar to SARS-CoV-2.

He also said that, despite presenting itself as a civilian laboratory, WIV had collaborated on publications and secret projects with the Chinese Defense Ministry.

“The COVID-19 pandemic was avoidable. Any responsible country would have invited world health investigators to Wuhan within days of an outbreak. China instead refused offers of help – including from the United States – and punished brave Chinese doctors, scientists, and journalists who tried to alert the world to the dangers of the virus. Beijing continues today to withhold vital information that scientists need to protect the world from this deadly virus, and the next one,” Pompeo stated.

In late 2019, the city of Wuhan - population estimated to be around 12 million - in the province of Hubei became the epicenter of a raging coronavirus pandemic which has currently claimed at least 2 million lives around the world.

Who Was Pompeo Protecting by Targeting Assange & Whistleblower Andrii Telizhenko?