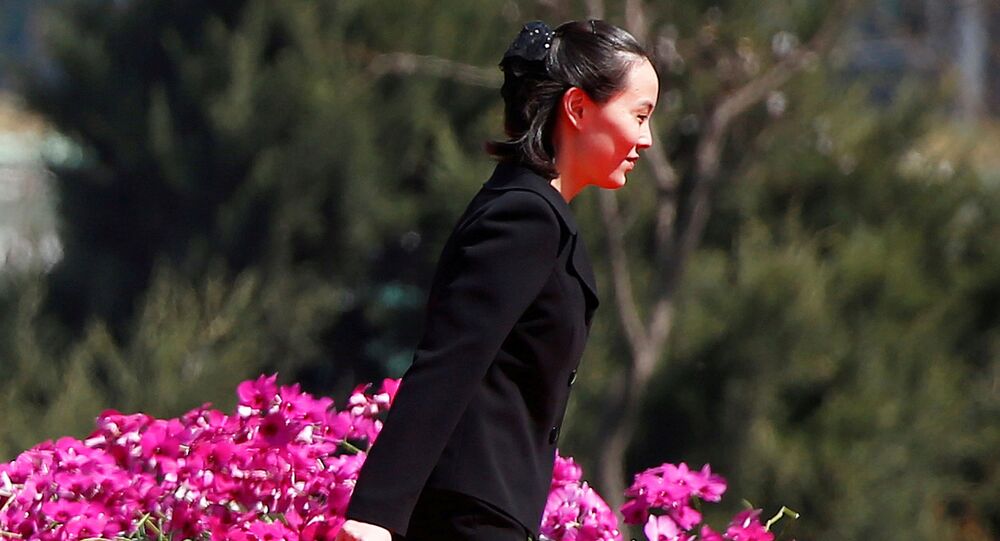 32-year-old Kim Yo-jong, the younger sister of DPRK’s head, has been dubbed his most apparent successor in the event of Kim Jong-un dying. As reports speculating about her brother’s demise emerged through the spring, it was suggested back then that Kim Yo-jong could take over his duties.

Kim Yo-jong has been described “North Korea’s most outspoken attack dog” who is now “ready to become the first woman dictator in modern history” by veteran correspondent Donald Kirk who writes for the Daily Beast.

The sister of the North Korean leader emerged as a powerful force in the country’s political apparatus because she holds a number of key posts, the analyst notes. Kim Yo-jong remains the first deputy director of the United Front Department responsible for relations with South Korea, as well as the head of the mysterious Organisation and Guidance Department that allegedly oversees the government’s and the ruling party’s doings.

According to Tuft University’s professor Lee Sung-yoon, who wrote a book about Miss Kim, the woman is “the de facto No 2 in the DPRK (North Korean) hierarchy and the only true confidante of consequence for Kim Jong Un”. Despite all of her high titles, “her blue blood” still tops them all, the professor notes.

Kang argued during the annual IISS Manama Dialogue Security Conference that it was very “odd” and highly unlikely that North Korea hasn’t reported any cases of coronavirus so far. Miss Kim responded by saying that Kang will “pay dearly” for her “reckless remarks”.

It is also believed that it was Miss Kim who was behind the explosion at the Inter-Korean Liaison Office at Kaesong Industrial Complex north of the Korean Demilitarised Zone in June. She had previously vowed to get rid of the "symbol of diplomatic relations between the two states, after a scandal around balloons with propaganda leaflets fired off by North Korean defectors from South Korea.

All this strong rhetoric prompted Kirk to suggest that the powerful lady was now on the way to secure her position as a “possible successor to the leadership” in North Korea.

When speculations emerged back in spring that Kim Jong-un had been suffering severe health conditions and could even be dead after he missed the annual celebration devoted to his grandfather's birthday, observers suggested it was Kim Yo-jong who would take her brother’s place should he die.

The North Korean leader has returned to the public eye seemingly in perfect health, but South Korean intelligence maintained that Kim Yo-jong had wielded the real power in her brother’s government and even shared some of it with him.

Kim Jong-un is not a fan of comments defining his sister as his “potential replacement”, says Bruce Bennett - an expert on Korea at the Rand think-tank - as speculations of this kind may seem a blow to “his position inside North Korea”. It thus remains a question whether his sister’s growing power will be a curse or a blessing for her.