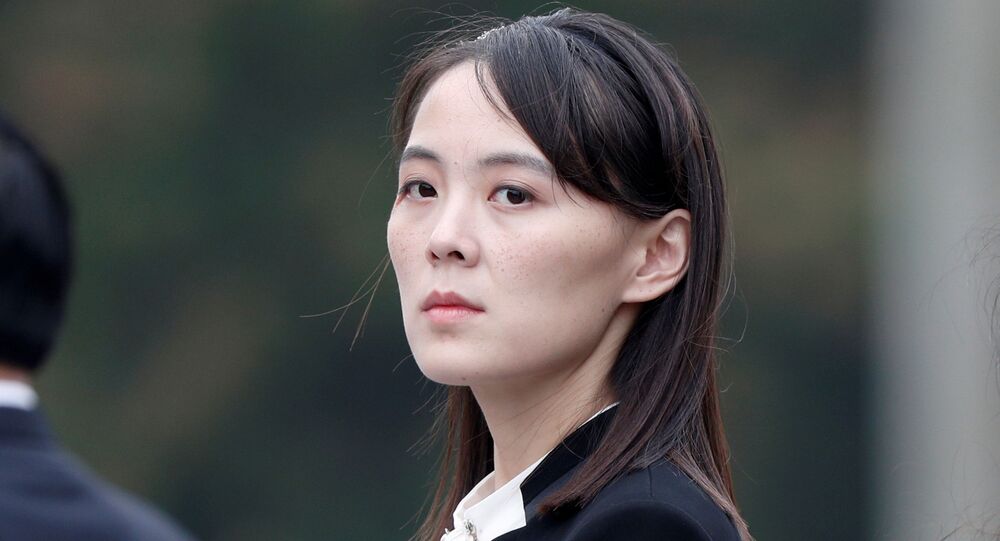 The probe against Kim's sister and North Korea's Chief of the General Staff was launched over the destruction of a liaison office in the border town of Kaesong in June.

It seems that Kim Yo-jong, first vice-department director of the DPRK Workers’ Party and sister of North Korean head of state Kim Jong-un, has become the target of an investigation in South Korea, the Yonhap News Agency reports.

According to the media outlet, Kim Yo-jong, along with Army Geneneral Pak Jong-chon, chief of the General Staff of the North Korean army, are being investigated on charges of blowing up a liaison office in Kaesong in June.

As the media outlet points out, legal experts have concluded that it would be "virtually impossible" for Seoul prosecutors to actually punish the North Korean officials if the latter were to be found guilty.

However, Lee reportedly insisted that he wanted to bring public attention to the "North's act of destruction".

"It is difficult to arrest Kim and Pak and bring them to justice, but an investigation can be conducted. We should let 25 million North Koreans know about their ruling family's false image and hypocrisy, as well as about the legal order of our free democracy," Lee said.

The liaison office in Kaesong was blown up by North Korea in June, after Pyongyang repeatedly condemned the launches of propaganda leaflets via balloons from South Korea, with Kim Jong-un's sister stating that the North Korean army "will determine something for cooling down our people's resentment and surely carry it out".

As the Russian ambassador to the DRPK Alexander Matsegora suggested, these actions were preceded by a particular balloon launch on 31 May which apparently contained provocative imagery aimed at Kim Jong-un's wife, Ri Sol-ju, and which evoked "serious outrage" in Pyongyang.