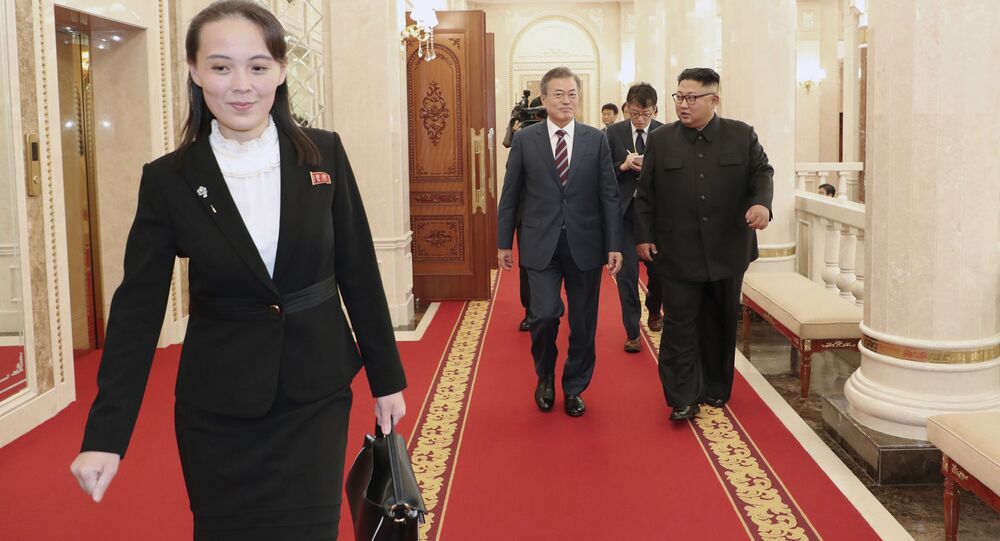 In June, South Korea’s leading newspaper The Chosun Ilbo reported that Kim Jong-un had personally put his sister, said to be in her mid-thirties, in charge of relations with Seoul. Several days after the alleged change North Korea made an about-face in relations with its neighbour and blew up an inter-Korean liaison office, a de-facto embassy.

"Currently, Kim Yo-jong, the first vice department director of the Workers' Party Central Committee, is steering overall state affairs based on the delegation", South Korea's National Intelligence Service was quoted as saying in a closed-door briefing to the National Assembly.

The intelligence agency noted that Kim Jong-un still maintains absolute authority and the fact he's handed power to other officials little by little, including his sister does not mean that he's selected a successor.

The agency also said the move is intended to "relieve stress" from Kim and "avert culpability in the event of policy failure".

Kim Jong-un's sister Kim Yo-jong was thrown into the spotlight in April after the North Korean leader did not appear in public for a long time. After Kim Jong-un failed to appear at the celebrations for his grandfather Kim Il-sung's birthday, which is considered the most important holiday in North Korea, media across the world started speculating that Kim Jong-un was gravely ill, had died, or was deposed in a coup. Rumours ended when Mr Kim appeared at the opening of a fertiliser factory on 1 May.

Following a report in June from South Korea’s leading newspaper that Kim Yo-jong was reportedly put in charge of relations with South Korea, several experts voiced concern that Kim Jong-un may be overthrown by his sister, who is believed to be next in line to run the country.

Days after the alleged nomination Kim Yo-jong threatened South Korea with military action and on 16 June Pyongyang blew up an inter-Korean liaison office, which served as a de-facto embassy in the absence of diplomatic ties between the two states. North Korea accused Seoul of breaching agreements reached by the two countries in 2018, including the Panmunjom Declaration, which stressed both countries' commitment to end "hostile activities".

Japan's defence minister suggested that Pyongyang’s sudden U-turn in relations with its neighbour could be put down to internal problems – economic problems caused by bad harvests, the coronavirus outbreak – and Kim Jong-un's bad health. His claim contradicts a statement made by the South Korean intelligence agency, which said in May that rumours about Mr Kim's health are groundless.

Taro Kono assumed that Pyongyang needed a scapegoat to deflect the public's attention away from internal problems. Experts said the escalation of tensions may have been deliberate as North Korea may attempt to gain leverage in negotiations with Seoul, if or when they resume.